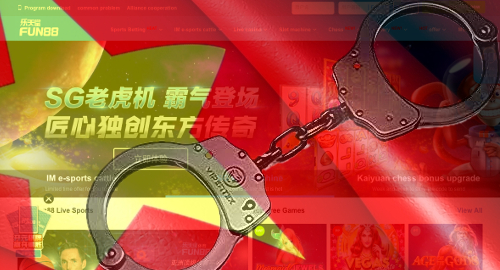 Vietnamese authorities are celebrating the dismantling of a massive illegal online sports betting ring linked to the Fun88 brand.

On Thursday, the Thanh Nien news outlet reported that Vietnam’s Ministry of Public Security had arrested 22 individuals suspected of involvement in an illegal online gambling ring that authorities are describing as one of the biggest ever rumbled in the country.

Two days earlier, police staged simultaneous raids in several cities, including Hanoi and Ho Chi Minh City, seizing “hundreds” of electronic devices and other tools of the gambling trade, along with numerous luxury vehicles and “large amounts of cash and bank accounts with large account balances.”

The Agence France Presse wire service reported that the gambling operation handled wagers totaling US$1.28b, although the time frame in which this sum was processed went unspecified. The authorities said the betting ring’s customers were asked to deposit cash into bank accounts in exchange for virtual credits that could be used for wagering purposes.

Thanh Nien reported that the wagering was processed through Fxx88.com, which currently redirects to a Philippines-licensed Fun88 mirror domain. That particular domain states that “FUN88 Le Paradise belongs to OG GLOBAL ACCESS LIMITED. FUN88 Le Paradise was authorized and regulated by the Philippine government PAGCOR since March 01, 2019.”

In the UK, Fun88 operates under the TGP Europe Ltd banner, and its logo has adorned the jerseys of the Newcastle United football club. The brand has also held betting partnerships with a number of UK football clubs, including Burnley and Tottenham Hotspur.

For years now, Vietnam has been making half-hearted attempts to launch a legal sports betting market but its efforts to secure a technology vendor have been hamstrung by onerous restrictions, including strict limits on wagering volume, a narrow field of eligible betting events and a ban on online betting.