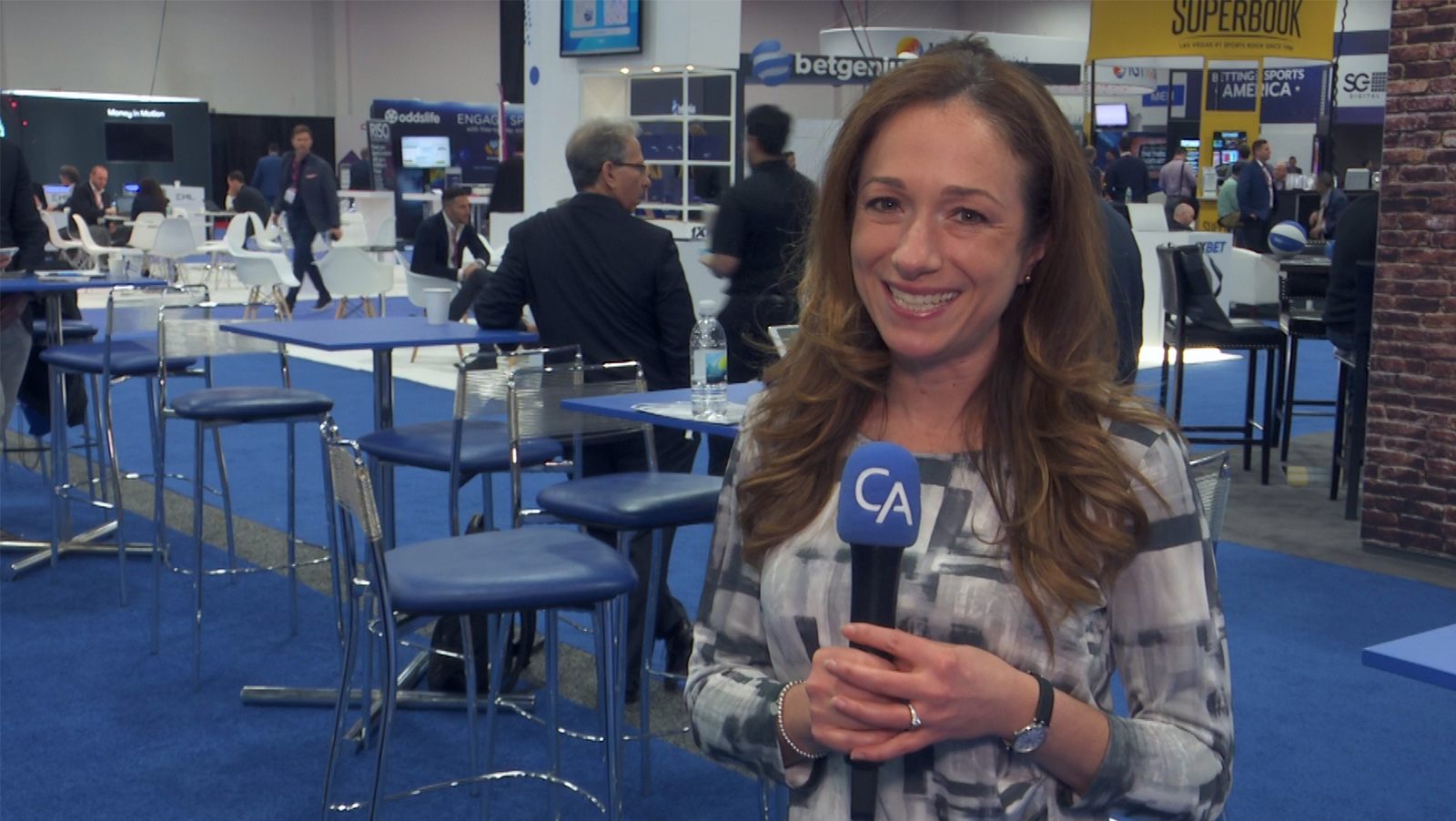 Delegates from across the United States, United Kingdom, Europe and beyond returned to the Meadowlands Expo Center for the second day of Betting on Sports (BOS) America 2019. After an evening of networking at the Meadowlands Racetrack Roofbar and gallivanting around Manhattan, the desire to learn and make deals was revived and provided for a fruitful day.

This morning’s keynote presentation was delivered by NFL legend Morton Anderson, brand ambassador for Better Collective and Hall of Fame member with a record of the all-time most NFL games played. Anderson shared some lessons learned from his time in the NFL, along with some laughs, while also emphasizing the importance of compliance and choosing your partners wisely within the regulated U.S. sports betting market.

“For the stakeholders, its do your homework and align yourself with partners where their corporate philosophies are equally important as far as compliance, as far as educating, as far as empowering the end user,” Anderson told CalvinAyre.com in an exclusive interview.

Former New Jersey Senator Ray Lesniak made an appearance today, a man who dedicated a dozen years to fighting PASPA and was the biggest champion behind its repeal.

“Its great to see Atlantic City back to life again. We lost five casinos, 15,000 jobs, our racetrack industry was dying and what people don’t know is New Jersey has more acres of horse farms than any state in the nation, so these were two industries that needed an infusion of new life, new blood, new revenue. And sports betting was the answer,” Senator Lesniak shared with CalvinAyre.com.

“I started 12 years ago, I lost eight times in court, but finally we won and we’re enjoying the benefits,” he said.

If it were not for Senator Lesniak, events like BOS America would not exist today. When asked how it feels to be a celeb here at the expo due to his instrumental role in the repeal of PASPA, of course the Senator responded with lighthearted humor.

“Well I’m waiting to be inducted in the Sports Hall of Fame and that hasn’t happened yet! But we’ll get there,” he joked.

“It was the inspiration for writing [Beating the Odds] because I wanted to establish the record because very few people believed I could win. As a matter of fact, a bookmaker actually said- a legal bookmaker from England- he would have given me 5000 to 1 odds that I was going to win this case and as a lawyer, I also took pride in the fact that I picked out this 10th amendment argument that we ultimately took out before the supreme court and we won,” he said.

Jay Kornegay of the Las Vegas-based Superbook, also an exhibitor at BOS America, has been working in the sports betting industry for 30 years and today he shared with CalvinAyre.com his plans to expand the business beyond Vegas into newly regulated U.S. states.

“We have separated the SuperBook at its old state in WestGate Las Vegas and we’re moving it to its own separate entity so it becomes SuperBook USA LLC and we are going to expand our brand and operate in different jurisdictions,” explained Kornegay.

BOS America is the industry’s first event dedicated to the regulated sports betting market in America, meaning its a new event in a new market. Team SBC put in an enormous amount of work behind the scenes to set the stage for success this week in New Jersey and New York and we would all like to congratulate them for a job well done.

“Its incredibly exciting. I’ve been doing these sorts of shows 15 odd years and there’s a general sense of real optimism here, actually. People have turned up, they’re willing to learn, they are happy to have sensible conversations and there’s a real sense of optimism in the air, so really enjoying it,” shared Matt Stephenson of BetGenius and BOS America exhibitor.

“I was very surprised about the attendance here, I think it’s a really good crowd, very interesting people, stakeholders that are present and hats off to the SBC guys who are pulling this off. Being their first show over here, its quite remarkable,” said Marc Pedersen of Better Collective, BOS America sponsor and exhibitor.