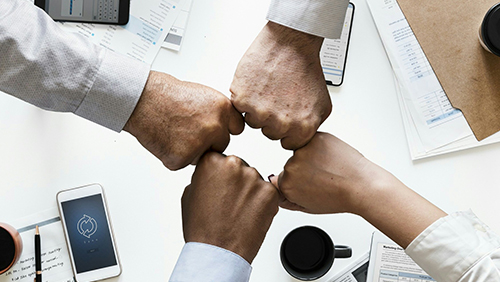 The intersection between the gambling industry and media was a huge topic at Betting On Sports America – Digital, day 1. It merited serious conversation, not only in the opening discussion, but in another panel dedicated entirely to recent deals made between cable networks and large operations.

In the opening interview between William Hill U.S. CEO Joe Asher and Howard Stutz, Executive Editor of CDC Gaming Reports, Asher emphasized that media attention doesn’t amount to a hill of beans if the product can’t hold the customer’s attention. “Fundamentally we’re investing a lot of money around technology and the product. In my view, over time, product is going to win in this market. And it’s going to be about who has got the most compelling product.

He expanded on that thought, explaining how media affects can wear off, but also how they help tremendously:

“Promotional activity wanes over time – product is going to be so critically important. And so we’ve been investing a tremendous amount in product. But then you need a way to get that product into the hands of customers. And what do the media companies have? They have customers. They have folks who watch their platforms, go on their sites and so forth and that’s why you’re seeing these media sports betting deals. “

That’s pretty much what Penn National Gaming has achieved with their purchase of Barstool Sports, and they’ve created a model for other outfits to follow, essentially. But buying into an internet platform that already had a bit of a betting slant is one thing; partnerships with a cable network that doesn’t creates whole new challenges, but they’re now happening more and more.

“We are seeing deals of real magnitude, which is somewhat unreal in this economic climate,” said ESPN reporter Doug Kezirian, specifically referring to Bally’s deal with Sinclair Media commenting on this week’s Bally’s and Sinclair Media ‘regional hook-up’.

“This is another deal that moves that needle and has raised eyebrows. But we have seen this happen with ESPN and its media partnership with Caesars and William Hill.”

Evan Davis, Managing Director of SeventySix Capital Sports Advisory, sees the industry transforming to meet the challenges of 2020, and reach new customers too. “Just months ago Bally’s was recognized as the old school, bricks and mortar casino operator, and now it has to rethink its entire customer proposition just to make a deal work… that is a fascinating proposition.”

Kezirian added that even beyond 2020, these are good deals to strike. These “deals make macro-sense,” he said, “regardless of the current conditions that casinos and U.S. broadcasters find themselves in, in which all broadcasters have made tough adjustments.”

Betting on Sports American -Digital Day 2 is getting underway. You can follow along with the CalvinAyre team on Twitter, Facebook and LinkedIn so you don’t miss the biggest moments.