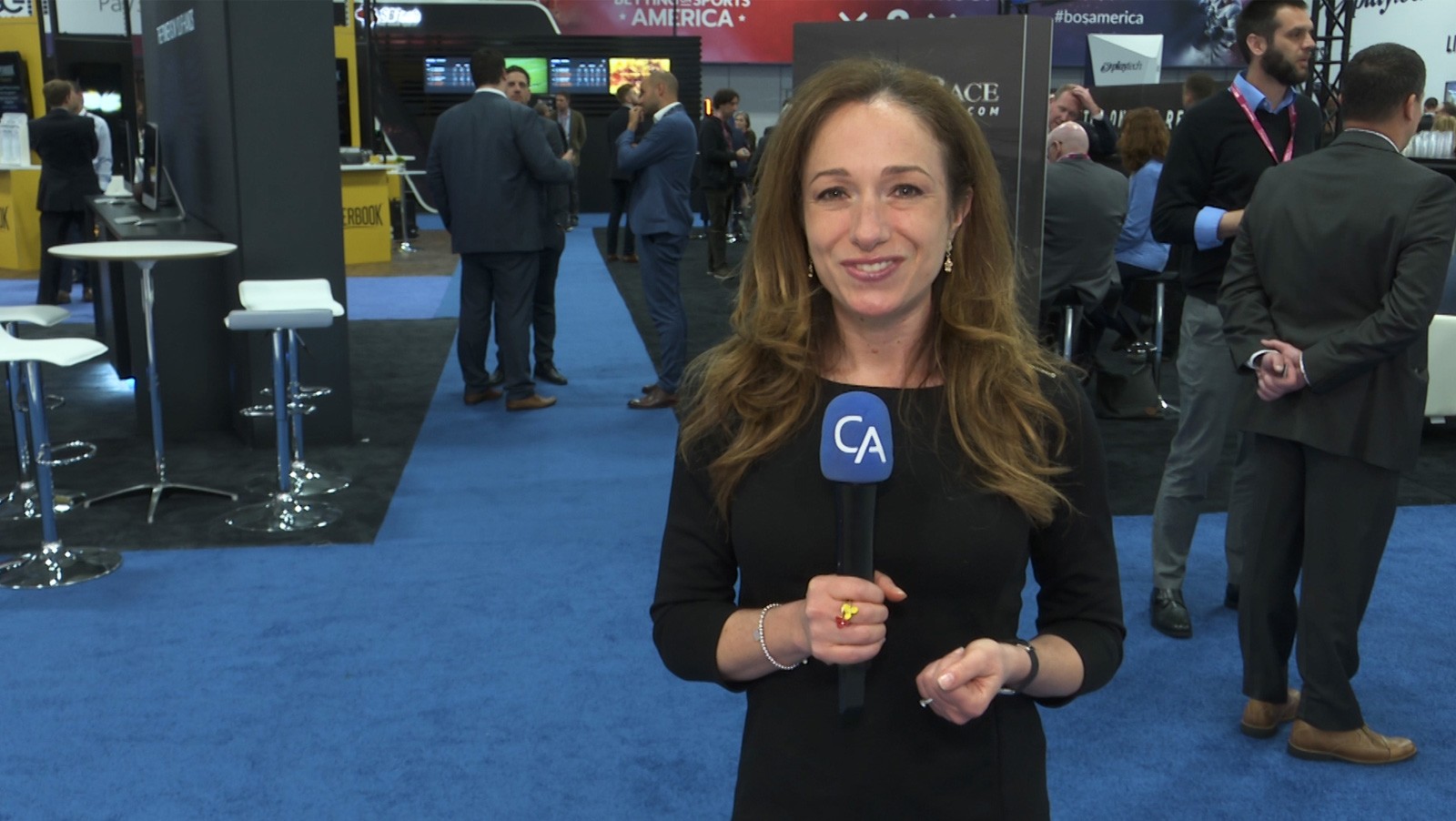 The very first Betting on Sports (BOS) America opened its doors today in New Jersey at the Meadowlands Expo Center, just across the New York City line. Hundreds of delegates passed through the doors to experience U.S.-facing products and offerings on display at over 40 booths and learn about hottest topics in the regulated U.S. market via three conference tracks.

New Jersey Governor Phil Murphy welcomed delegates this morning with his keynote speech focused on his state’s vision for growing the sports betting and gambling market.

“New Jersey has a long history of fostering a well-regulated and successful industry. We are considered by many to be a best in country regulatory environment and large part due to the leadership of our Division of Gaming Enforcement,” Governor Murphy shared.

Following the Governor’s speech, New Jersey native and long-time “repeal of PASPA advocate” Bill Pascrell III expressed his excitement with the progress New Jersey has made to date, with nothing but a positive outlook on the future.

“First of all, we’re approaching our two billion dollar bet any day now…we’ve only been live, offline, since June 14th and online since August 15th. So about seven or eight months, give or take,” Pascrell told CalvinAyre.com.

“Here’s the critical component: 80% of bets placed in New Jersey are online. Super Bowl Sunday, Becky—you know the GW bridge, pedestrian foot traffic from New York across the bridge, to get across, to get inside the geo-fence to place their bets. How exciting is that?!,” he said with contagious enthusiasm.

“And as the governor has just said, New Jersey is about to eclipse Vegas in sports and we’re only a year into this. I predict by our second-year anniversary we will surpass Vegas and we’re on a meteoric rise. New Jersey is going to be now recognized as the gambling mecca of online and sports betting,” he added.

The excitement surrounding the repeal of PASPA and the growth of regulated sports betting in America goes beyond the borders of New Jersey, of course, especially now that the major leagues have softened their stance towards the market.

“The NFL for a long time was anti-gambling, they wanted to protect the integrity of the game, they don’t want the guys betting on the game which I still think is accurate, however they also have to acknowledge that the world is gambling,” Brian Westbrook, former NFL star and member of SeventySix Capital, told CalvinAyre.com in an exclusive interview.

“They are betting on the game, there are a lot of different prop bets, a lot of the TV revenue comes from guys that are gambling—guys, people, women, men, that are gambling—and taking advantage of that. So I think for the NFL as time continues to progress, they’ll have to accept it, they’ll have to build that platform inside of what they are doing as well,” Westbrook said.

“For us at SeventySix, I think we’re at the forefront of it and we’re trying to figure out how to find these start-up companies that can make it easier for the consumer to gamble and to be attached to the analytics of the game as well,” he added.

Former MLB Star, Partner and Chairman of SeventySix Capital, Ryan Howard, was also in attendance at BOS America today and expressed his positive outlook towards sports betting in the U.S. and the opportunities it will bring to his organization.

“I think it’s a very interesting space because I kind of look at it as the Wild, Wild West,” Howard shared in an exclusive interview.

“Obviously betting has been here and part of America forever, but now a bunch of states have the opportunity to be able to legalize it and bring it out there, I think its going to open up more vast opportunities for companies like ours at SeventySix to be able to explore different ways of getting into that world,” he said.

With all the opportunities surrounding sports betting in America there are some technical challenges that come along with it. The DOJ surprised the gambling industry in January when the reversed their opinion on the Wire Act and declared it applies to all forms of gambling, not just sports betting.

At present the industry is in a state of flux when it comes to the DOJ’s ambiguity and while its unclear what the future holds, according to Wire Act expert and attorney Mark Hichar, where there is a will, there’s a way.

“Generally there’s a lot a very motivated, very bright people in the gaming industry so I have no doubt that no matter what the obstacles, it will continue to expand,” Hichar told CalvinAyre.com.

“In April of last year the idea of this sports betting conference would have been a figment of people’s imagination because it wasn’t until May of 2018 that the law was struck down that enabled states to choose for themselves whether there could be sports betting,” he added.