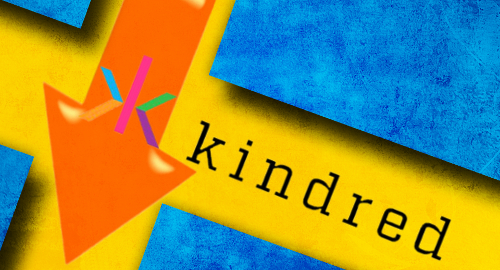 On Wednesday, the Stockholm-based Kindred reported revenue of £224.4m in the three months ending March 31, an 8% improvement over the same period last year. However, earnings slipped 35% to £30.6m and after-tax profit was cut nearly in half to £15.1m.

The company blamed the falling returns on the need to distinguish itself from the herd of new online licensees in Sweden’s regulated market, which launched January 1. Kindred offered bonuses to all its legacy and new Swedish customers, and CEO Henrik Tjärnström said the “significant uptake” on these offers resulted in overall bonus expenditure coming in £6.6m higher than in Q1 2018.

The Swedish market also cost Kindred an extra £3.8m in marketing costs and £5.2m in additional betting duties. All told, the launch of Sweden’s new market reduced Kindred’s Q1 earnings by £18.9m. Tjärnström said the company expected “significant short-term margin pressure” but remained confident that its efforts would ultimately pay off in spades.

Recent government figures show Kindred’s Unibet brand is the top private operator in Sweden’s new regulated market, albeit well back of the two former state gambling monopolies. At any rate, Kindred may not have to worry about rising Swedish marketing costs if the government makes good on its threat to impose a total ban on gambling advertising.

The past few years have seen Kindred lessen its reliance on its Nordic market operations, and the Swedish market woes accelerated that transition. Nordic market revenue as a share of Q1’s overall pie fell eight points to 28% while Western Europe improved seven points to 62%.

Kindred’s overall sports betting revenue was up 12% to £106.5m in Q1, with a 27% rise in Western Europe markets offsetting a 25% decline in Nordic betting revenue. Similarly, overall casino and poker revenue improved 4% to £117.9m, with Western Europe rising 15% to £63.4m while Nordic markets were down 12% to £42.8m. Poker accounted for 3% of Kindred’s Q1 revenue, one point higher than usual.

In the United States, Kindred says the New Jersey market launch of its Unibet brand had been postponed due to “a delay in the delivery of KYC [know your customer] functionality from a supplier.” In Pennsylvania, Kindred has teamed up with the Mohegan Sun Pocono casino and expects to launch sports betting operations before the year is through.