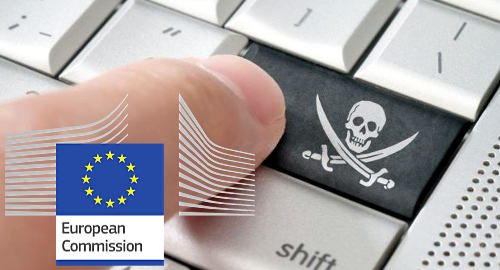 Gambling operators are viewed as a major obstacle in the European Commission’s fight to protect intellectual property rights (IPR).

Last June, the EC adopted a memorandum of understanding (MoU) on online advertising and IPR, which aimed to “minimize the placement of advertising on websites and mobile applications that infringe copyright or disseminate counterfeit goods.”

The EC has pointed the finger of scorn at numerous offending sites and apps, including those that rebroadcast pay-TV feeds of high-profile football matches without the approval of the leagues or the traditional broadcasters who pay through the nose for the rights to broadcast these matches.

In a report issued earlier this year, IP-infringement tracking firm White Bullet tracked the top-5,000 IP-infringing websites around the globe found that 40% of these sites’ Q4 2018 advertising revenue is funded by brands. ‘Major’ brands, which are defined as international household names, reputable established brands, brands on global top ad spend lists and those with strong search engine presence, accounted for 10% of such funding, with ‘other’ brands claiming the other 30%.

Breaking down branded ad campaigns by industry sector, gambling accounted for 62% of such funding. Incredibly, this was nine points lower than in Q3 2018. The next highest industry segment was arts & entertainment, which accounted for only 14% (+3 from Q3) of total funding.

In a separate report viewed by GamblingCompliance, White Bullet fingered specific gaming brands – including GVC Holdings’ Bwin and Betclic Everest Group’s Bet-at-home – as among the most prevalent advertisers on IP-infringing sites in the first quarter of 2019.

Awkwardly, both GVC and Betclic are members of the European Gaming & Betting Association (EGBA), which was a signatory to last June’s MoU. Charitably, White Bullet conceded that major brands often farm out advertising placement to third-parties, as well as through gambling affiliates and banner exchange deals with other sites.

However, the biggest gambling offender was found to be Russian online operator 1xBet, which reportedly generated over 35m ‘impressions’ from IP-infringing sites in just the past six months. Earlier this month, 1xBet was publicly called out for advertising on screener copies of US television programs being distributed without authorization via a variety of file-sharing sites.

When the EC issued its MoU last June, it announced it would revisit the file after one year. With the current system clearly not working, the EC plans to beef up its enforcement measures when the MoU is revised on June 25, including requesting individual companies to sign their names to the MoU to give them a greater stake in policing where their ads appear.

In 2016, UK gambling regulators imposed a new licensing condition that required operators to “take responsibility for preventing digital adverts advertising their brand from appearing on websites providing access to unauthorized content.” The result was an 87% reduction in the number of ads on such sites by UK-licensed operators.