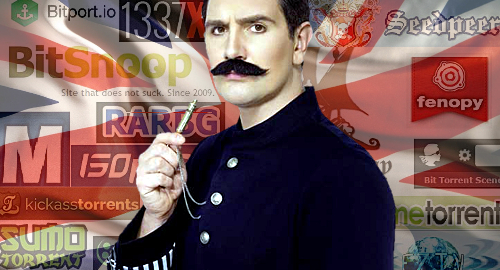 UK authorities are celebrating their apparent success in convincing online gambling operators not to advertise on digital file-sharing sites.

On Tuesday, the City of London Police’s Intellectual Property Crime Unit (PIPCU) claimed that its research indicated that there had been an 87% decline over the past 12 months in the number of UK-licensed gambling operators placing ads on “illegal sites that infringe copyright” of films, TV shows, books, music and games.

Last July, the UK Gambling Commission (UKGC) informed its licensees that it was implementing a new licensing condition that required operators to “take responsibility for preventing digital adverts advertising their brand from appearing on websites providing access to unauthorized content.” This new restriction, which applies not only to operators’ direct advertising but also that undertaken by third party affiliates, took effect last October.

The UKGC’s edict came after years of heavy advertising by online gambling operators on sites like Kim Dotcom’s now defunct MegaUpload cloud-storage site. Before MegaUpload was shut down by US authorities in 2012, the site was deriving roughly 1/8 of its advertising revenue just from the PartyGaming brand then owned by Bwin.party digital entertainment.

The PIPCU said 40 UKGC licensees were making use of the authorities’ Infringing Website List (IWL), which indicates the sites that are no-go zones for advertising purposes. The 87% decline in advertising by these 40 gambling operators well exceeded the overall 64% decline posted by the UK’s top advertising spending companies.

Acting Detective Superintendent Peter Ratcliffe, who heads up the PIPCU, celebrated the “strong relationship” between the police and the UKGC, and called the decline in advertising with torrent sites “a fantastic example of a joint working initiative between police and an industry regulator.” Ratcliffe urged more UKGC licensees to sign up for the IWL, while warning that operators didn’t want to be caught “inadvertently funding criminal websites.”