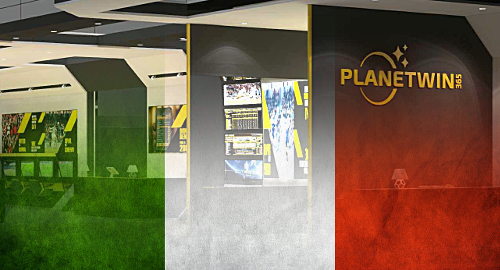 Italy’s land-based betting operators are breathing easier on reports that their store signage will be exempted from the country’s new restrictions on gambling advertising.

While the official rules have yet to be published, Agcom has reportedly issued its new advertising guidelines to locally licensed gambling operators and media outlets. Among the more favorable details is confirmation that land-based betting operators will be permitted to continue displaying their corporate logos in their shop signage, provided this signage doesn’t include “advertising bait that promises amazing winnings.”

Agcom’s reasoning behind this retail carveout – which also applies to tobacconists and newsagents settling state-controlled lottery products – is that these logos constitute brand identification, not advertising. The theory is that the use of these brands will allow customers to distinguish between state-approved operators and unauthorized gambling venues.

This carveout is expected to allow Italian-licensed retail operators that also offer online services – such as SKS365 Group’s Planetwin365 brand – the opportunity to reclaim some market share from their purely online-only competitors, who have extremely limited means of getting the word out.

For instance, Agcom intends to enshrine the government’s prohibition on Italian-licensed operators appearing in search engine results for gambling products, despite evidence that this move will actually backfire. Last July, Google began restricting gambling links from appearing in Italian search queries, which resulted in unauthorized sites rising in the ranks while Italian-approved sites dropped.

However, Agcom is reportedly pushing back on the government’s desire to ban gambling sponsorships of sports bodies/events, noting the ubiquity of betting logos appearing on international football teams’ kit and in-stadia signage. Agcom notes that Italian broadcasters face the near-impossible task of obscuring – in real time – logos on the shirts of swiftly moving players as well as on the ad boards lining the pitch.

LeoVegas has filed a legal challenge of Italy’s Dignity Decree with the European Commission, while surveys have shown that over 80% of Italians who actively gambled said seeing gambling ads had no effect on their eagerness to gamble. Yet the Dignity Decree’s ad restrictions remain wildly popular, with over three-fifths of Italians supporting the curbs.

It remains to be seen what effect the Decree’s full enforcement will have on Italy’s gambling market, although the nation’s regulated sports betting operators were already reporting slower overall growth in 2018, despite the obvious benefits from wagering on last summer’s World Cup.