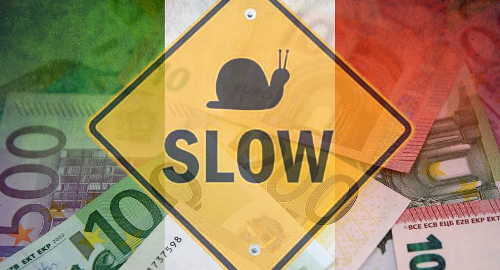 Italy’s regulated sports betting market revenue came in just shy of $1.5b in 2018, although the pace of growth slowed dramatically from 2017.

Last year’s land-based wagering revenue totaled €840m, up around 7% from 2017. Online betting revenue came in just over €643m, a nearly 16% rise over 2017. However, online betting revenue grew by 44.5% in 2017, and that year didn’t have the wind-assist that 2018 enjoyed courtesy of the FIFA World Cup, suggesting that the market may be nearing its peak.

The annual growth figure wasn’t helped by December’s results, which saw overall sports revenue slip 55% year-on-year to €96.4m thanks to a rash of punter-friendly results. Land-based betting was off nearly two-thirds to €49.4m while online betting fell 43% to €47m. Bet365 reclaimed the online betting crown with a 17.3% share, while November’s king Planetwin365 slipped to second with 14.8% and Snaitech ranked third with 11.9%.

By contrast, the online casino vertical had a stellar December, with revenue rising 20.3% to €70.5m, a new market record. The bounty brought online casino’s 2018 total to €710m, up nearly one-quarter from 2017. The Stars Group’s PokerStars brand was the online casino market-leader in both December (11.1%) and the full-year (9.6%) categories. Lottomatica ranked second in both categories, claiming 8% and 8.6% shares, respectively.

Italy’s licensed gambling operators are facing fresh headwinds in 2019, thanks to the new prohibition on all gambling marketing that kicked in January 1. Italy’s government also imposed higher taxes on both land-based and online operators, which led UK-listed operator Playtech – the new owner of Snaitech – to warn investors of a possible €25m hit to its 2019 earnings.