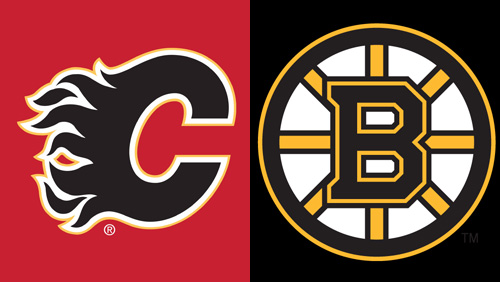 When given the assignment of previewing Friday’s Stanley Cup playoff games, we thought there was a good chance that one of those WOULDN’T include Game 5 of the Eastern series between the top-seeded Tampa Bay Lightning and the No. 8 Columbus Blue Jackets.

The Lightning had a record-setting season with 62 wins and had swept Columbus by a combined score of 17-3. We figured the Lightning would sweep that playoff series in four. Indeed, there was a sweep – by the Blue Jackets, completed on Tuesday. Fair to say that’s the biggest series upset in NHL playoff history (first playoff series win in Columbus franchise history) and was the first time a Presidents’ Trophy winner was swept in the first round.

Frankly, that’s great news for all the teams still playing as it completely opens up the Stanley Cup chase.

The first game Friday is also from the East as the Toronto Maple Leafs visit the Boston Bruins in Game 5, with the series tied 2-2. The winner of this series was set to face the Lightning in the conference semifinals so you can bet both are secretly celebrating Tampa Bay’s ouster. Now the winner gets rested Columbus, which perhaps isn’t a good thing after all.

Boston is a -150 favorite for Friday. The Bruins tied things up with a 6-4 road win Wednesday, easily the highest-scoring game of this series. Tied 2-2, David Pastrnak scored twice in a span of less than two minutes early in the second period to give the B’s a lead they wouldn’t relinquish. They were Pastrnak’s first two goals of this series after a career-high 38 during the regular season. Auston Matthews had two in the loss for Toronto.

The Maple Leafs have played the past two games without one of their top forwards in center Nazem Kadri. He was suspended the rest of the series for a cross-check to the head of Boston’s Jake DeBrusk in the third period of Game 2. Kadri had 16 goals and 28 assists in 73 regular-season games and had a goal and an assist in the first two of this series.

Out West, the top-seeded Calgary Flames find themselves down 3-1 to the No. 8 Colorado Avalanche, but Calgary is a -175 home favorite on Friday. The Flames had the No. 2 offense in the league during the regular season, but they have been held to two goals in each of the past three games, all losses.

In Wednesday’s 3-2 overtime win, Colorado’s Mikko Rantanen became the 18th player in NHL history to score a tying goal in the final five minutes of regulation in a playoff game and then the overtime winner. The Avs were down 2-0 almost midway through the third.