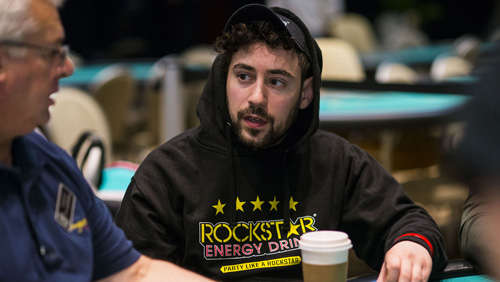 The World Poker Tour’s involvement in the Seminole Hard Rock Poker Showdown shuts down until May 30 with a final table headlined by James Carroll, Maria Ho and Eric Afriat scheduled for the HyperX Esports Arena, and Aaron Mermelstein wins the $25,500.

We have some World Poker Tour (WPT) Seminole Hard Rock Poker Showdown news to catch up on.

It was an event that attracted the headlights and horns of cars that belonged to some of the best in the business. 99-entrants ensured the $2m guarantee wouldn’t be a problem, and Mermelstein overcame a final table brimming with tank top confidence.

Foxen’s runner-up finish sees him extend his lead over David Peters at the top of the Global Poker Index (GPI) World Rankings. Foxen has already earned $2m playing live tournaments this side of Christmas, including eight final tables in some of the toughest games in the world. He’s yet to register a win, though. Foxen also finished third in the $50,000 No-Limit Hold’em Super High Roller five days earlier.

After five days of tossing cards into the muck, the $3,500 buy-in WPT Seminole Hard Rock Poker Showdown Main Event is set in stone. The 1,360-entrant field made it the fourth largest event in its history, and when the action gets underway on Thursday, May 30 at the HyperX Esports Arena in Las Vegas at the Luxor Hotel & Casino, WPT fans are in for a treat.

The former Bay 101 Shooting Stars winner, James Carroll, and the former WPTDeepStacks Main Event champion, Maria Ho dominate proceedings. Both players have more than 100 big blinds, and Ho, in particular, is in fine fettle after winning a $25,000 event at the LAPC and picking up the GPA for Broadcaster of the Year. Eric Afriat is also in the mix seeking WPT Main Event title #3.

Here are the final table and payouts.