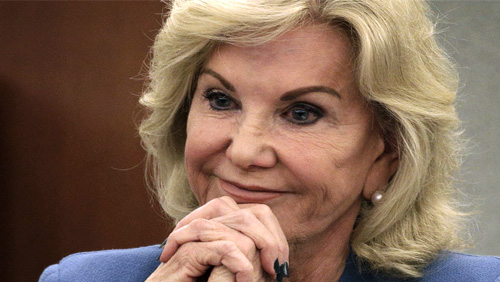 In Massachusetts’ investigation into Steve Wynn’s sexual misconduct, April 4 was his ex-wife Elaine Wynn’s turn to talk. She appeared before the Massachusetts Gaming Commission (MGC) to testify about her knowledge of her ex-husband’s impropriety. The MGC wanted to see if she may have been involved in a cover-up.

The Las Vegas Review-Journal reports Elaine first found out about the allegations of sexual misconduct from a 2009 email, sent to her about a 2005 rape of a Wynn Resorts employee. This came right in the middle of her divorce proceedings with Steve.

After consulting with the company’s corporate counsel, Kim Sinatra, and family friend Frank Schreck, Elaine Wynn was satisfied that the situation was being handled, and from Steve’s personal funds. The MGC’s report said:

“At the time, Ms. Wynn had no reason to doubt Ms. Sinatra and reasonably believed that Ms. Sinatra and Mr. Schreck and the company’s attorneys knew best how such allegations should be handled.”

Elaine also had to address why she resurfaced the matter in 2012, when the company was in a legal battle with Kazuo Okada. At the time, there was also a movement to oust her from the board of directors. “I found I was being referred to as a bitter, cynical ex-wife,” she said.

The matter came up once again when the full report of the allegations came to light again, leading to Steve Wynn’s ouster, and leaving Elaine Wynn as the largest shareholder in the company.

Current Wynn CEO Matt Maddox was also grilled for his choices of general counsel and his leadership ability in the tumultuous time around Steve Wynn’s ouster. Maddox argued he’s the best man to lead the company right now, and Wynn Chairman Phil Satre pitched in that the company has experienced a culture change at the right time, just before its Massachusetts casino readies for launch.

The MGC conducted these hearings to determine if Wynn Resorts was hiding too much from the commission when it gained its license in 2013, and if the company is well suited to keep its license for future operations. Everyone testifying had a lot to lose if the MGC decided to take away their license for any reason.