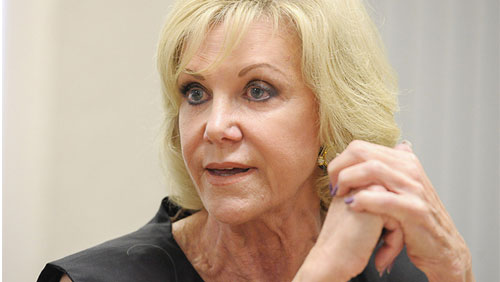 Elaine Wynn, the majority shareholder and pot-stirrer at Wynn Resorts, is having a good week. She finally got her way when the company announced that Phil Satre had been tapped to be the

company’s vice chairman with the possibility of being bumped up to chairman by the end of this year. Now, in the latest board shakeup, two new directors are being appointed to the board and should help to erase the “legacy” image Elaine Wynn has so desperately wanted to eliminate.

Wynn CEO Matt Maddox is one of the two new members of the board of directors. According to outgoing chairman Boone Wayson, “Matt has ushered in a new era at Wynn, providing outstanding leadership since stepping into the CEO role, and we are pleased to officially welcome him as a director on the Board.”

Maddox is looking forward to making some changes in the company, and said, “We have made it our top priority to implement meaningful change at Wynn Resorts and have made demonstrable progress over the past six months. I am excited to be part of this refreshed board that is committed to growing the premier brand in luxury resort development.”

The other new member is Richard Byrne, an independent director who was previously the CEO of Deutsche Bank. Wayson said of Byrne, “We are also pleased to add another high-caliber independent director with Rich. His deep financial expertise and knowledge of the lodging, leisure and gaming industries, including extensive familiarity with Wynn, will further enhance the Board’s expertise.”

Byrne said after his appointment became public, “I am very familiar with the Wynn Resorts’ business, having followed the Company closely throughout my career in the financial sector, and I admire the Company’s position as the premier luxury destination resort developer and operator. I am confident in the Company’s bright future and look forward to working with the Board as the Company enters a new chapter of growth and success.”

Over the past six months, Wynn Resorts has seen six new directors appointed to the board. At the same time, five “legacy directors” have left, much to the delight of Elaine Wynn.

The news may have helped shore up investor confidence after the company has seen a roller coaster ride in its stock prices this week. Wynn started the month at around $153 before tumbling to its low of $146/.73 on August 4. It spiked today at just over $156 and closed at $153.89 for a .39% increase over yesterday.