Whether some want to admit it or not, sports gambling is going to keep growing in the United States. Opponents can try to fight all they want, but they would be more productive banging their heads against a brick wall. As deals are constantly being made to push sports gambling more into the front, the National Hockey League (NHL) and William Hill are now partnered up, the third deal struck by the league since the beginning of the 2018-2019 season. 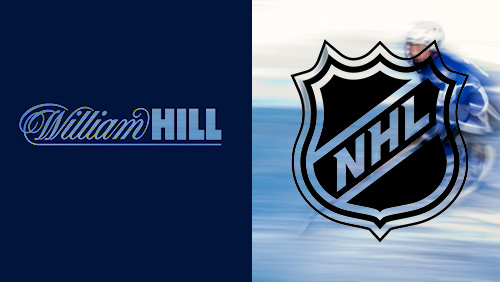 William Hill is now the official sports betting partner of the NHL. It has already partnered with two franchises in the league, the New Jersey Devils and the Vegas Golden Knights, and isn’t done yet yet. The complete details of the partnership were not offered, but it has been defined as a multiyear deal.

Speaking on the new agreement, William Hill U.S. CEO Joe Asher commented, “We are thrilled to become an official sports betting partner of the National Hockey League. [NHL] Commissioner [Gary] Bettman and his team at the NHL have been at the forefront of understanding the opportunities to engage fans through sports betting.”

William Hill will be able to promote its brand in those NHL markets where sports gambling has already been legalized. It will also be found at major NHL events throughout the season and in off-season promotions.

Bettman acknowledged that the partnership sought the same as other partnerships have—to attract more fans and keep the NHL marketable. He asserted, “This new partnership is yet another example of the innovative yet practical approach our League is taking with the emerging sports gaming industry. Partnering with William Hill U.S., a leader in both the sportsbook and mobile betting marketplace, provides a tremendous opportunity to further fan engagement.”

There is a raging battle as companies vie for position in the expanding sports gambling industry. William Hill has been one of the most successful in securing NHL deals, but others have been able to lock in lucrative partnerships with other sports leagues, as well.

MGM Resorts may be the most notable. It has a deal with the NHL, as well as the NBA, MLS and MLB. Caesars is trying to move in and has signed a sponsorship agreement with the NFL.