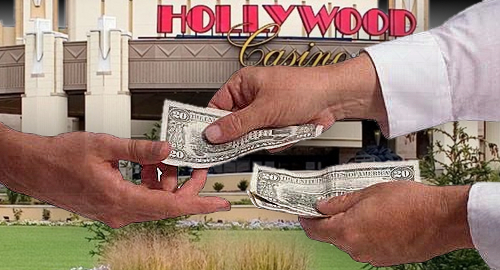 Pennsylvania’s nascent sports betting market reported handle and revenue declines in February, despite an increase in the number of casino sportsbooks taking wagers.

Figures released Monday by the Pennsylvania Gaming Control Board (PGCB) show the state’s six licensed casino sportsbooks handled wagers worth $31.5m in February, while betting revenue totaled $1.95m. The figures are below the $32m handle and $2.6m revenue the state reported in January, despite only three sportsbooks being open for the full month of January.

To put things in an even worse light, February’s returns included action taken on the 2019 Super Bowl, on which the sportsbooks in neighboring New Jersey reported handle of $35m. But the books generally came out of that game a loser, which likely explains the significant disparity in Pennsylvania’s relative declines in handle and revenue for February.

Rivers Casino in Pittsburgh earned February’s betting crown with handle of $8.1m and revenue of $627,521. Penn National Gaming’s Hollywood Casino property had a firm grasp on the other end of that scale, reporting revenue of just $13,914 last month, down from $285k in January, while handle was down more than $1m to $3.74m.

Online and mobile betting are legal in both New Jersey and Pennsylvania, but the PGCB has yet to authorize any of its casinos to begin digital wagering. Pennsylvania’s monthly returns will likely skyrocket once these digital options arrive, as New Jersey’s figures show land-based wagering accounts for less than one-fifth of total handle.

As for the casinos’ other gaming verticals, market-wide gaming revenue came in just below $264m in February, a modest 0.4% rise over the same month last year. Slots revenue improved 0.5% to nearly $190m while table games rose 0.33% to $74m.