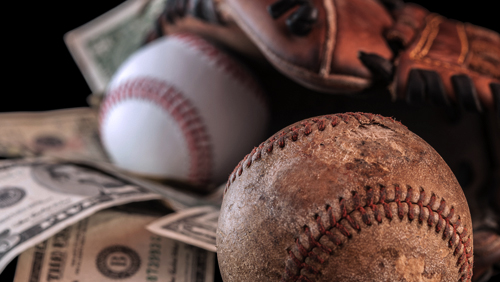 Last we checked, Connecticut had a new sports gambling bill to consider, and it was expected to sail through committee with very little resistance. Now that it has been brought up for discussion in the Committee on Public Safety and Security, it’s met quite a lot of resistance, and its future is in doubt.

SportsHandle reports the committee met for seven hours on March 13, and discussed House Bill 7331, which would legalize mobile sports betting in Connecticut. Representatives from the state lottery, the NBA, operators, local tribes, and addiction groups all showed up to share their piece of mind with lawmakers.

Lawmakers came prepared for a fight.

Republican Representative Craig Fishbein grilled Rich Pingel, chief legal officer for Sportech, an operator in the state for off-track betting. He asked, “Off-shore gambling of this ilk is going on in this state. Certainly you wouldn’t sit here today and say that that will go away?”

“We’d like to think we’ll get a lot of it, in addition to some people who weren’t placing bets before. We’ve seen … people driving down to NJ, when they could (sports bet) just as easily on the black market. So there is an appetite for legal, regulated sports betting. There is a bit of confusion now with our neighboring states offering this, people want to do it here legally.”

Looking to perhaps drag out the issue, Fishbein also proposed putting the brakes on this bill over a misunderstanding regarding integrity fees. The legislator understood that having an integrity fee would open up the sports leagues to lawsuits for fraud. Pingel corrected this notion, pointing out that it’s really more of a royalty.

Fishbein also argued that this could put an end to tribes paying the state part of their gambling revenues, and once again argued that they should check with the courts before proceeding. Fellow Republican Dan Champagne tried to pull the conversation back to sanity, saying the state should continue working with the tribes.

Currently, Connecticut has a tribal-state compact which allows local tribes to operate casinos, so long as they share revenue with the state. With sports betting entering the conversation, that compact will need to be renegotiated.

Also testifying against the bill was Michael Mudrick, executive director of the Coalition Against Casino Expansion in Connecticut, and Diana Goode, executive director of the Connecticut Council on Problem Gambling. Goode prefers another bill that would allocate more money to fight problem gambling, and Mudrick believes the state is prioritizing profits over the societal good, according to recent interviews with the Hartford Courant.

The bill isn’t dead yet; the committee hasn’t voted on it yet. The opposition to the bill came from a Republican, and the Connecticut house has a Democratic majority, so the bill could still be rammed through committee and brought up for a vote. It’s not going to do so quietly though, with such vocal opposition already.