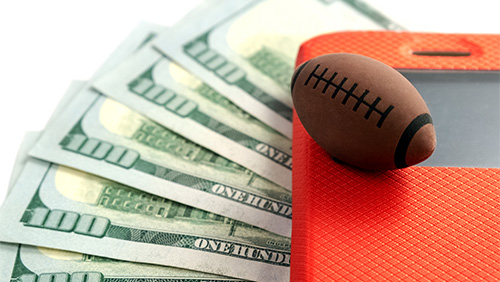 A bipartisan bill has been submitted to the Connecticut Senate that would allow sports betting at casinos located in the state.

While still subject to modifications along the way, the bill, with current working number of LCO 578, provides exclusive rights to operate sportsbooks to casinos, in particular the Mohegan Sun and Foxwoods located in Montville, which the bill’s author state Senator Cathy Osten represents.

According to a press release, online bets for sports events will also be permitted, but will also have to be made through the casinos.

Osten noted that nearby states Rhode Island, New Jersey, Pennsylvania, and Delaware are already offering legal sports betting. “Connecticut needs to play catch-up with surrounding states if we’re serious about modernizing our existing gaming industry. Fortunately, we can do that with a relatively simple regulatory fix,” she said.

She added that since the Supreme Court’s lifted the federal ban on sports betting last May, Connecticut was in a good position to take advantage. “We have the infrastructure with the tribal casinos, we can use the new revenue, and we’ve got bipartisan support. This should be an early session success story,” she said.

While not projecting revenues for her state, she pointed out that Rhode Island, which began regulating sports betting last November, had a seven-month revenue projection of $11.5 million.

State senator-elect Norm Needleman was quoted in the same press release as saying, “Two of Connecticut’s top-10 largest employers will benefit from this bill. The U.S. Supreme Court has already cleared the way legally, so I believe it’s incumbent on us as state policymakers to do what’s necessary to remain relevant and profitable in a rapidly expanding new national industry.”

A similar bill had failed to pass in the previous General Assembly session, with legislators and stakeholders at an impasse over whether to grant casinos exclusivity in providing sports betting. The Mohegan and Mashantucket Pequot tribes had pushed for sports wagering to be classified as a commercial casino game, thus limiting operations to casinos.

Concerns were raised that the tribes, if not granted exclusivity, would withhold the payments they are obligated to make to the state, of about $200 million.

Local news outlet Hartford Courant reported the CT Lottery has asked to be granted a license if the legislation is passed. Lottery spokesperson Tara Chozet said, “The CT Lottery would optimize the returns to Connecticut, and we should be included in the conversations alongside other potential operators as this discussion evolves.”

The Courant also noted that governor-elect Ned Lamont has to come to an agreement with the tribes, and this would then have to be cleared by the Bureau of Indian Affairs.