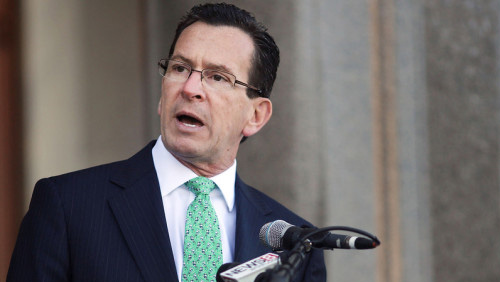 Connecticut Gov. Dannel Malloy is moving heaven and earth to bring the lucrative sports betting market to the Nutmeg State.

The Hartford Courant reported that Malloy has reached out to the Mashantucket Pequot and Mohegan tribes in an attempt to resolve the thorny issue over who has the right to offer sports gambling in Connecticut. Lawmakers and tribal gambling operators have locked horns over whether the tribes have an exclusive right to betting under the tribes’ current agreement with the state.

Though they were in favor of having sports wagering in the state, the two tribes insisted that wagering on sports was a commercial casino game that fell within the exclusivity provisions of their tribal-state gaming compact.

Lawmakers, meanwhile, contended that the tribes couldn’t claim control over sports betting using the agreement since betting was never contemplated when the compact was signed.

On Wednesday, Malloy announced plans to break the sports betting impasse by talking to the tribes. If the discussions go smoothly, The Day reported that Malloy could even raise the issue on legalizing online gambling in Connecticut.

Malloy was likely to take the opinion of Attorney General George Jepsen that the tribes don’t have an exclusive right to legal betting under the existing compacts. Jepsen earlier opined that sports betting wasn’t an authorized game when the agreement was signed by both parties.

“We probably have a more complicated issue in Connecticut, given the unique nature of our compacts with the two tribal nations who have casinos in our state,’’ Malloy said, according to the news outlet. “We have a little catch-up to do with some of our neighboring states with respect with their ability to move into these arenas more rapidly than we are.”

The tribes welcomed the development in the state capitol, saying that they looked forward to talk with Malloy and the lawmakers.

Mohegan spokesman Charles Bunnell said the tribes share Malloy and lawmakers’ commitment to “work together with all parties to find the best path forward.”