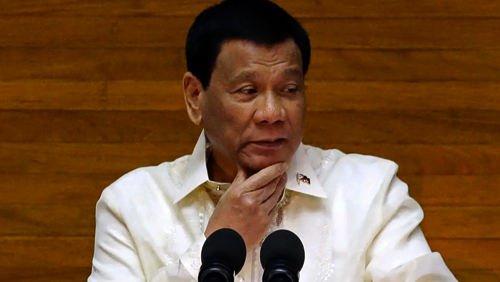 Illegal Chinese immigrant workers are the bane of the Philippine economy, but please handle them with kid gloves. That’s the mixed messaging coming from the Philippines government, as President Rodrigo Duterte recently discouraged deporting Chinese workers.

Local media reports Duterte commented on the issue on Saturday. “Allow the Chinese here to work. Let them,” he said, after translation. “We have 300,000 Filipinos in China. That’s why I can’t tell them to leave, deport them. What if they make the 300,000 Filipinos there leave?”

These remarks come just days after a task force led by the Bureau of Immigration (BI) arrested 276 foreigners in a raid on an online gambling operation. The operator raided, Manbet, was servicing the UK and China, and so many of the arrested individuals were likely of Chinese origin.

The problem is becoming hard to ignore for politicians, as over 1.6 million Chinese have arrived on tourist visas in recent months, while only 18 employment visas have been issued. With many calling on stricter enforcement of current laws, Duterte’s stance of leniency have many, including Vice President Leni Robredo, questioning who’s side the president is on.

“This is what happens when our government itself favors the Chinese and calls our country a ‘Province of China,’” said aspiring senator Gary Alejano, who also bemoaned that Filipinos are becoming “second-class citizens” in their own country.

The situation appears to be unfair to both citizens and operators. Raids conducted by government task forces can cause major headaches for operators like Manbet, who suffer the downtime of the duration of the raid, employee turnover, because nobody’s got time for that, and possible revocation of their license for not following regulations. Meanwhile, because Duterte doesn’t want to risk offending China, the undocumented workers will keep coming, and keep applying for those jobs.