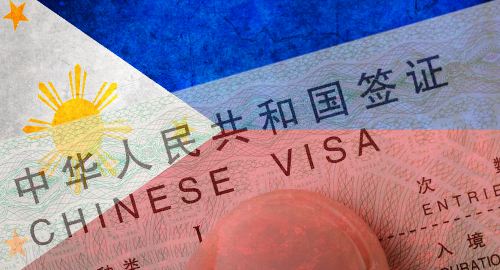 Philippine casino operators are bracing for impact over a possible spat with China over tour groups visiting each others’ countries.

On Thursday, Business Mirror reported that Chinese officials had stopped processing visa applications for tour groups from the Philippines as of December 24. A Chinese travel agency alerted its Philippines-based partners that the change was due to “unprofessional operation by a no-license travel agent here in China.”

According to the report, the unspecified Chinese travel agent had admitted a group of Filipino tourists on December 22, after which five of these tourists “disappeared right after arriving at Shanghai PVG airport.” This was reportedly not the first time that this travel agent had admitted Filipino tourists “without checking passengers background and charging guarantee deposit [sic].”

Jose Clemente III, president of the Tourism Congress of the Philippines, noted that the Chinese action currently didn’t apply to individual Filipinos’ visa applications, although most Filipinos who visit China do so via tour groups. However, he suggested that “there should be reciprocity on the part of the Philippine government,” aka banning group visa applications from Chinese-organized tour groups.

Such an action wouldn’t be welcomed by Philippine casino operators, for whom Chinese customers represent a healthy chunk of gaming revenue. The Solaire Resort & Casino in Manila reportedly derives nearly one-third of its mass market gaming revenue and half of its VIP turnover from Chinese gamblers. The Philippine government has indirectly encouraged this reliance by relaxing visa requirements for Chinese visitors.

A few years back, South Korean casino revenue took a steep dive after China imposed restrictions on its citizens travelling to the country as a way of expressing Beijing’s displeasure over the deployment of a US-backed missile system on Korean soil.

Nonetheless, Clemente questioned why China appeared to be reacting so negatively to the whereabouts of five Filipinos considering that Philippine media has been deluged by reports of tens of thousands of Chinese working illegally in the Philippines after coming to the country on tourist visas.

At this point, it appears unlikely that Philippine President Rodrigo Duterte would authorize any visa retaliation. Last month, Duterte urged immigration officials not to be overzealous in cracking down on illegal Chinese labor lest Beijing target the “many thousands” of Filipinos working in China.