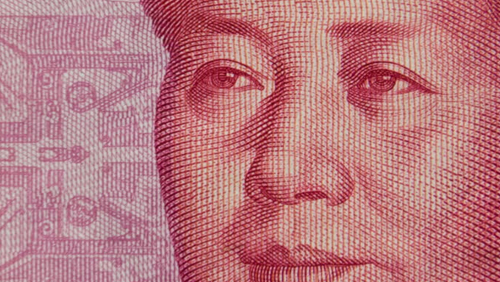 The recent crackdown on transactions in China doesn’t seem to have impacted Macau’s casino industry. At least, not yet. This is the takeaway from a recent announcement by the Sanford C. Bernstein Ltd. brokerage, which asserts that the new rules have not had a negative effect on the city’s gaming market.

Analysts with Bernstein, Vitaly Umansky, Eunice Lee and Kelsey Zhu, pointed out that the new rules don’t appear to have hurt the industry, but that only time will tell the real outcome. They stated, “The devil is in the details and enforcement. It’s unclear as of yet what (if anything) the government will target.”

The analysts further noted, “The junket conversations we have had so far are that there has been some ‘chatter’ around these new pronouncements, but this seems more like talk and nothing more at this stage. From our sources, there has been no meaningful disruption in money flows in the channels – i.e. ‘business as usual.’”

At the end of January, China introduced new rules, or variations on existing rules, that regulate certain types of foreign currency transactions. Bernstein’s industry experts explained, “The rules, issued by the Supreme People’s Court and the Supreme People’s Procuratorate (the prosecutor general), highlight a slew of foreign exchange movement transactions, most of which are already illegal in China.”

They added, “A strict reading of the rules implies almost all avenues of money movement outside of banks is restricted. But the reality is that this was largely the case already. For example, it has always been technically illegal to have pools of capital that match sellers and buyers of renminbi – the backbone of underground banks.”

Many industry analysts believe that Macau’s junkets employ underground banking networks for money transfers between the city and mainland China. They point out that a new crackdown on this underground banking could potentially impact junket liquidity, with the junket market already reporting declines in activity.

Fitch Ratings said last week that the “shadow financing,” which includes underground banks, could decrease for a second consecutive year. This decrease would be gradual and is an attempt by China to “balance reining in excessive leverage and supporting economic growth.”

Fitch added, “The regulatory crackdown on shadow banking should, if maintained, support the long-term stability of the financial system and reduce risks for asset managers, but is likely to continue to create funding challenges across the economy in the near term, particularly for private-sector enterprises.”

Bernstein’s team added in its note that the new rules “law enforcement more tools to work with in targeting activity that was already largely operating outside the bounds of what is allowed.” It further asserted, “In the end, enforcement will be the key to what happens. It is too early to say at this stage what the impact on Macau may be. If the rules are all strictly enforced and the scope of government action against all forms of money movement is deep and broad, the impact would be severe.”