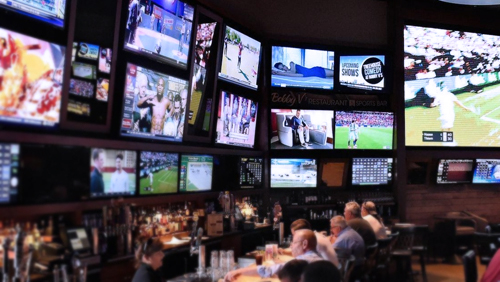 As sports betting quickly spreads throughout the U.S., each state is trying to get in on the game before they lose their share of the pot. Maryland is now looking to take a shortcut to the action, with House Bill 1132.

Previously, the thinking was that, due to their state constitution, any expansion of gambling in Maryland would require a referendum. After failing to place it on the ballot in 2018, the next chance to do so would be in 2020.

They’re thinking is that the agency received its powers in a 1972 referendum, and if challenged in court, they could defend that this isn’t an expansion, but rather just further defining the powers of the agency.

When this idea first started kicking around, The Baltimore Sun reported on the important movers and shakers in the state. Gordon Medenica, the state’s Lottery and Gaming director, said, “This is going to be between the attorney general’s office and the legislature. I’m sure the lawyers are going to make their arguments.”

The plan appears to have bipartisan support, with the governor, Senate president and House speaker all expressing interest to explore the plan.

Maryland nearly put sports betting on the ballot in 2018, but failed to do so when the House and Senate could not agree on the wording of the referendum question. The House wanted to specify that horse tracks should be part of the question, while the senate wanted a more broadly worded ballot.

Sports betting appears to be inevitable for Maryland. With both parties supporting the idea, and a majority of voters also backing the idea, it’s more a question of how and when the action will start, not if. Having narrowly missed out on getting in on the game in 2018, it appears Maryland lawmakers will do whatever it takes to get their laws passed well before 2020.