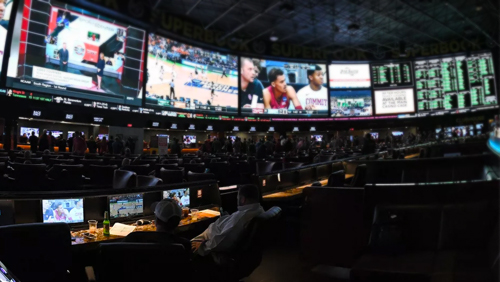 Fifty-three percent of registered voters in Maryland are in favor of legal sports betting in the state, a survey conducted by the Washington Post and the University of Maryland (WaPo-UMD) found.

The Charleston Gazette-Mail­ reported that 37% of respondents did not want to see sports wagering legalized, while 10% gave no opinion. Only 24% “strongly” approved of legal sports betting, compared to 26% who “strongly” disapproved.

Even with a majority expressing support for moves to legalize the industry, actual legislation will likely come in two years yet, to be included in the ballot for the November 2020 elections.

Early this year, Delegate Frank Turner had introduced the measure that if approved for inclusion in the ballot, would have been decided on in the November 6 elections. The Maryland House of Delegates approved it in a 124-14 vote last March 15. However, the bill was not passed by the state Senate, which adjourned in April 9.

It was last May that the Supreme Court removed a federal ban on sports betting, for which several states such as New Jersey, Pennsylvania, and Mississippi have already passed their own legislation.

In the midterm elections last week, Arkansas voters approved Issue 4, which among other things includes sports betting among ‘casino gaming’ activities, thus paving the way for its regulation.

In the WaPo-UMD survey, respondents under 40 were the most likely to support legalization, with around seven out of 10 in favor. Among respondents age 65 and older, less than four of 10 were supportive of sports betting, and nearly half opposed it.

There was a significant disparity between men and women on the issue, with 62% of men and only 46% of women in favor.

In an East Carolina University survey released last month, it was shown that 47% of Americans were in favor of legalization, with 26% not in favor. In terms of numbers, the difference between Republicans and Democrats was small compared to differences in sex, age, and income levels.