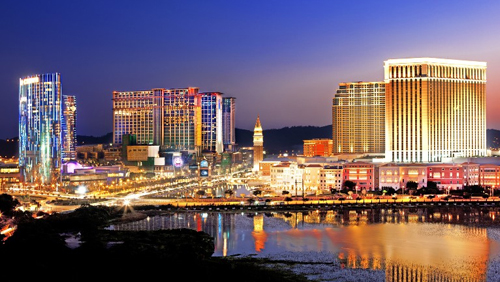 This Chinese New Year proved to be better for Macau than last year. Data provided by the city’s Public Security Police, as relayed by the Macao Government Tourism Office (MGTO), indicates that there was an increase of 26.1% in visitation over the first four days of the period, which ran from February 4-7.

The first week of the Chinese New Year is typically strong for the gaming industry in Macau, with hundreds of thousands of mainland Chinese taking advantage of the long holiday to travel to the city. This year, the official holiday period for the Chinese New Year drew to a close yesterday, February 10.

However, an uptick in visitation does not necessary mean that gambling revenues are higher. This is due, in part, to the fact that high-stakes action by a small group of gamblers comprises an important part of the market. However, the visitor information is still important to casinos, as it allows them to see trends in movements.

Last week, the director of the MGTO, Maria Helena de Senna, predicted an “8 percent to 9 percent” year-on-year increase in arrivals for the Chinese New Year period. Last year, the city reported over 860,000 visitors during the week-long celebration.

While the new Hong Kong-Zhuhai-Macau Bridge has helped with visitation, the majority of the traffic still comes through the Gongbei border gate. This entrance is the land crossing from Zhuhai to the Macau peninsula and saw a total of 294,626 visitors.

According to GGRAsia, the 5-star casino hotels in the city reported impressive numbers. The news outlet indicates that over half of the 23 five-star hotels in Macau were fully booked at least four days ahead of the Chinese New Year and occupancy in almost all the venues peaked as of February 7.

The increase in visitation this year may not necessarily be indicative of an increase in popularity from last year. In 2018, the Chinese New Year celebrations were held mid-month, meaning that some individuals would have found it more difficult to travel for an extended period of time.