Macau visitation on the rise

2018 was a good year for Macau’s tourism industry. According to a report released by the city’s Statistics and Census Service (SCS), visitation to Macau increased 9.8% last year compared to 2017, with 35.8 million tourists descending on the city. In 2017, Macau set a new record high for visitation when 32.61 million tourist arrivals were recorded, making last year’s number a new personal best. 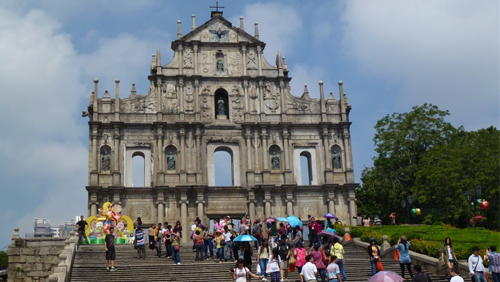 The average length of stay per trip was 1.2 days, consistent with previous years. The number of visitors arriving for overnight visits increased by 7.2% to almost 18.5 million, which accounted for almost 51.7% of the total visitor arrivals. It also set a new record in terms of quantity. Same-day visitation was 17.31 million, which was an increase of 12.7%.

Last year, 18.9% more visitors arrived by land compared to 2017. There were 22.15 million, with 1.05 million traveling on the newly opened Hong Kong-Zhuhai-Macao Bridge. Those numbers confirm the assertion made last month by the director of the Macao Government Tourism Office (MGTO), Maria Helena de Senna Fernandes, who said that the bridge had played a significant role in the increase of land travelers. The bridge only opened last October.

The number of visitors arriving by air also increased. The segment grew 20.1% over the previous year’s figures, reaching 3.3 million. Land and air arrivals appear to be the favorite methods, as sea arrivals declined 7.8% year-on-year, declining to 10.36 million.

Over 25.26 million of the visitors came from mainland China last year, representing an increase of 13.8%. Around 41.6% of these originated in the Guangdong province.

South Koreans comprised the biggest segment for the international market – 812,800. However, this was a decline of 7% year-over-year. Arrivals from Japan also fell slightly, dropping 1%. Australia and U.S. visitation, on the other hand, rose, increasing 2.2% and 8.3%, respectively.

The MGTO said in a statement yesterday that one of its main goals of this year is to promote smart tourism and to develop strategies consistent with the Macao Tourism Industry Development Master Plan, a set of guidelines that was introduced in September 2017. The organization added that it hopes to convert Macau into a tourism education and training base, as well as to increase the quality of Macau’s tourism industry.