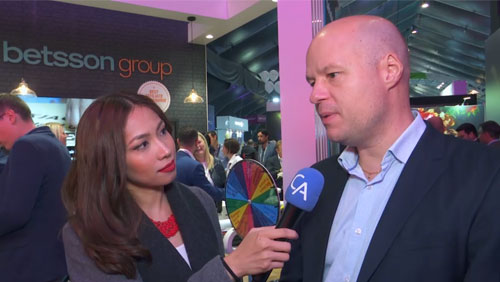 Smartly made regulations benefit online gambling operators and their customers. That’s a fact that most in the industry have come to understand, and a lesson that Betsson’s CEO Jesper Svensson repeated in a recent interview with CalvinAyre.com’s Stephanie Tower.

With the experience in regulation and online gambling, Svensson is complimentary of the Malta Gaming Authority (MGA). “Malta knows gaming and gambling very well. It’s a competent regulator, and that also makes easy to have a very solid dialogue with MGA on those things,” he said.

Malta continues to evolve their gambling laws, understanding that what worked a generation ago might need updates to work now. Talking about Malta’s newest gambling act, Betsson’s CEO was complimentary. He said:

“We have always had a very good dialogue with MGA and we were very prepared for what was to come here in that sense. All in all, I have to say that I think the new framework now is a very good framework, it’s more detailed in various ways but that also gives us more clarity. It is simplified, and I think they have listened a lot to the operators at the same time as they put up really a robust new framework. So all in all, it’s a positive thing for us.”

Overall, he feels the new rules have made it clearer and simpler for operators. “There have been some parts that had to be clarified a bit more in particular,” he noted. “I think that is now clear, and they have done it in a fair way, because there is a difference between 2004 when they launched the first one and now [in] 2018. I think this is the first real big upgrade to the framework.”

Svensson appreciates that the MGA treats their operators as mature, well-meaning partners. “We are responsible operators, we believe very much in responsible gaming and how to treat the customers in a fair and correct way,” he said. “It doesn’t have to be contradictive at all. It’s about sustainable growth in the long run, and then you need to have healthy players playing with you and I think the new things that have come into play cement the things most operators, many operators at least, already do today. Of course, we have a responsibility to protect the players.”

Self-exclusion has increasingly become a popular option amongst regulators. Sweden, for instance, has included the option in their newest regulatory framework. Svensson sees it as a positive for the industry. He said, “We have it in Denmark, where we have a license. I think it’s a good way to protect the consumer…It’s something I think we’ll see more and more of in regulations going forward.”

When asked about what comes next for Betsson, their CEO reflects on the positives of the last year, and sees that continuing. “It’s been quite an exciting year for us, and we aim to continue to do that, and we also control a lot of the product development ourselves at Betsson,” he said. “We have our own sportsbook for example and we started to get some really solid traction with that, and that’s something we intend to keep keeping up over the years to come.”