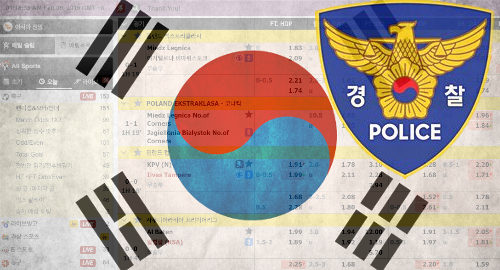 South Korea is ramping up its fight against illegal online gambling, while a former pop princess is headed to prison for her ‘habitual’ land-based gambling activity.

Last week, South Korea’s National Police Agency announced that it was boosting its number of ‘cyber investigators’ to crack down on undesirable online content, including ‘cyber sexual violence’ and online gambling, the latter cited as responsible for “many social problems.”

The new dedicated anti-gambling cyber squad will set up shop in seven local government offices across the country, including the major cities of Seoul and Busan. For the record, that’s 10 less offices than the cyber sexual violence team was assigned when it was established in 2018.

South Korea also has some of the harshest punishments for illegal online gambling operators, which is why other Asian nations are routinely announcing busts of Korean-led online operations catering to the folks back home.

South Korea’s harsh gambling rules also apply to individual gamblers, who are barred from all but one of the nation’s land-based casinos. These rules apply even if the gambling activity takes place outside the country, assuming said gambling activity can be demonstrated to be ‘habitual’ rather than for ‘momentary pleasure.’

Shoo’s gambling came to light after she was sued by a pair of money lenders who claimed she’d failed to repay KRW600m in loans that fueled her gambling at a foreigners-only casino in Seoul (Shoo was born in Japan and holds an overseas resident card).

Prosecutors are seeking a one-year prison term for Shoo, who will learn her fate at a hearing scheduled for February 18. Shoo expressed regret for her actions and told the court she would “meaningfully accept the punishment given to me.”