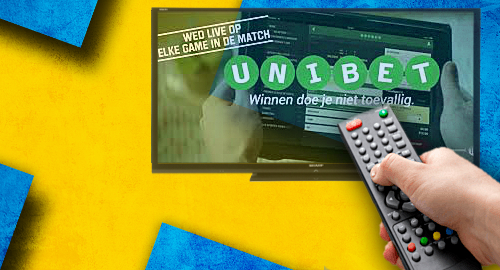 Sweden may be the next country to impose a ban on gambling ads during live sports broadcasts, according to a government minister.

On Friday, Swedish media outlet Aftonbladet quoted Minister of Civil Affairs Ardalan Shekarabi saying he didn’t want to “exclude” the possibility that Sweden may follow the leads of other nations looking to minimize the potential harms of gambling by limiting operators’ ability to market their products to sports fans.

In December, UK gambling operators agreed to a voluntary ban on advertising during live sports broadcasts. This week, the director of Denmark’s state-run Danske Spil gambling firm suggested the government adopt a similar plan and “let viewers watch the match in peace.”

Trouble is, Sweden’s new gambling regime is far from precise on what constitutes excessive marketing. Shekarabi conceded that more time was needed to determine “where the limits of moderation are set,” while warning that “further tightening will be required if this proves necessary.”

Meanwhile, Friday saw the Spelinspektionen gambling regulatory body announce that “just over 20,000” individuals had signed up for the new Spelpaus self-exclusion program. The figure is twice the sum reported in early January and the regulator claimed that “most” of these individuals had chosen to permanently ban themselves rather than the one- or six-month options.

It should be noted that Spelpaus also allows individuals to register simply to block unsolicited marketing come-ons from Swedish gambling operators. Spelinspektionen has so far declined to break out how many of the Spelpaus registrants are marketing-averse rather than actual problem gamblers.