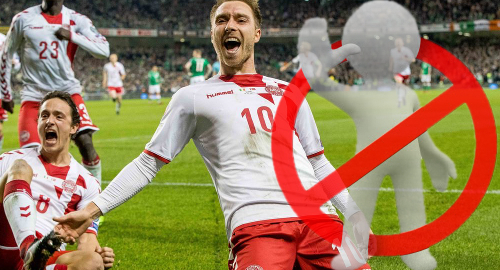 Denmark’s licensed gambling operators could soon lose their ability to promote their products during live sports broadcasts as the government mulls a UK-style ban.

Folmann said the current marriage of televised sports and betting promos had “reached a point where it makes sense to discuss whether we should let viewers watch the match in peace, and promote our commercial messages at other times.”

In December, the UK’s Industry Group for Responsible Gambling announced new rules prohibiting betting adverts from five minutes before kickoff of a live sports event and extending to five minutes after the match has ended. Adverts are similarly off limits for non-live sports broadcasts airing before the 9pm watershed.

Folmann’s proposal has already met with the approval of the Danish People’s Party (the main opposition party), the Socialist People’s Party and the Danish Social Liberal Party, who are ready to introduce legislation to impose the ban if the gaming industry doesn’t voluntarily act.

Per Marxen, spokesperson for the Kindred Group‘s Unibet brand, signaled his company’s willingness to consider the proposal, but offered a word of caution. The UK’s self-imposed ban isn’t scheduled to take effect until this summer and thus its ability to achieve its stated aims of reducing gambling harm remains entirely theoretical.

Tighter marketing rules were among the proposals contained in a draft executive order the Danish government issued earlier this month. The government aims to enhance social responsibility controls – deposit limits, clear and fair bonus offers, easy access to the ROFUS self-exclusion program, etc. – to improve player protection standards. Operators have been given until February 4 to comment on the proposals.

Denmark liberalized its online gambling market in 2012 and its favorable regulatory scheme – unlimited number of licensees, the ability to offer a wide variety of products – has been hailed as a model for other European Union markets to emulate. Recent figures show the country has had great success in ‘channeling’ gamblers from unauthorized internationally licensed operators to locally licensed sites.