More casinos in Goa most likely not in the cards

It doesn’t appear as though Goa is ready to accept more casinos. This past Wednesday, India’s Tourism Minister Manohar Ajgaonkar asserted before Goa’s legislative assembly that the upcoming draft tourism master plan doesn’t include any gambling expansion in the region. 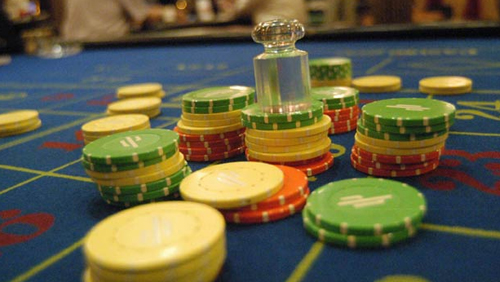 According to local media outlet NDTV, Ajgaonkar stated in a written statement on the topic of the draft bill, “All stakeholders involved in the tourism industry would be consulted, before finalising the master plan, which incidentally has been criticised by stakeholders as well as Opposition members.”

When subsequently asked directly by a minister of the Nationalist Congress Party, Churchill Alemao, if any new casinos would be allowed in the region, Ajgaonkar simply said, “No, sir.”

He then added, “The tourism master plan was prepared after various consultative sessions with several concerned stakeholders, obtaining views and comments from the elected representatives, local authorities as well as the general public.”

Earlier this month, it was reported that the draft policy included the possibility of relocating the six current offshore casinos to what would become a new, international gaming hub. That suggestion followed a move by Goa Chief Minister Manohar Parrikar last August to shift existing offshore casinos to a land area within the next four years. Parrikar also sought to appoint a gaming commissioner, issue licenses that would be valid for 10-15 years and to ban locals from gambling in the casinos.

In addition to not allowing more gambling venues, the draft bill would pave the way for the creation of new golf courses and marinas. Backers of the tourism industry have argued that the national tourism ministry has been lax in promoting quality tourism, which has led to a drop in visitation. The ministry hopes that the new draft will help appease those individuals, while breathing fresh life into the local economy. However, it appears as though casino revenue won’t be added to the deck.

Goa currently offers 10 onshore casinos and six offshore casinos. Even though the Goa cabinet decided in 2013 to limit the number of offshore casinos and to no longer issue new licenses, there has been some concern that the government has aligned itself with the casino industry and has allowed it to continue to grow in spite of governmental promises to shut down venues.