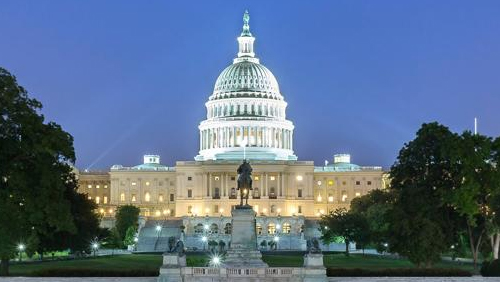 Sports gambling in the U.S. capital is pushing forward. Washington, D.C. is home to all the major political activity in the country and also the source of the recent controversial move by the Department of Justice to reverse its opinion on the Federal Wire Act. Despite strong divisions on Capitol Hill regarding the legitimacy of gambling, DC officials are ready to move forward with their own plans for sports bets.

This past Wednesday, DC City Mayor Muriel Bowser approved the Sports Wagering Lottery Amendment Act, which paves the way for sports gambling in the city. However, there are still a number of obstacles that have to be overcome before it is made law.

DC is not a state, at least not by the same definition that covers New York, California, etc. As such, the U.S. Congress has to ratify any bill before it becomes law. Given the state of sports gambling in the nation’s capital, this approval will most likely not come easily. While Congress often does not deny bills that have been approved by the DC Council, it’s a brave new world and the country is seeing that anything goes when it comes to politics.

Congress, which previously shut down DC’s attempts to legalize marijuana and to provide safe access to reproductive care, has 60 days to respond to the DC bill. If it remains silent, the bill automatically will become law.

Additionally, the bill may stall in DC over concerns over how the sports gambling system will operate. The city’s lottery operator, Intralot, was initially handed the keys to the sports gambling doors, but public outcry over the lack of a bidding process to award the opportunity caused the DC Council to reconsider the move.

Another issue has come to light that could torpedo the legislation’s chances. The sponsor of the DC bill seeking sports gambling, Councilman Jack Evans, has been caught in an investigation by the DC Board of Ethics and Government Accountability over possible links he holds to a lobbying firm. That lobbying firm is, in turn, tied to a company, DC09, that installs and maintains lottery terminals in the area. It also manages communications for Intralot.

A public hearing will take place this Monday to address the issue of who will ultimately be in control of DC’s sports gambling future.