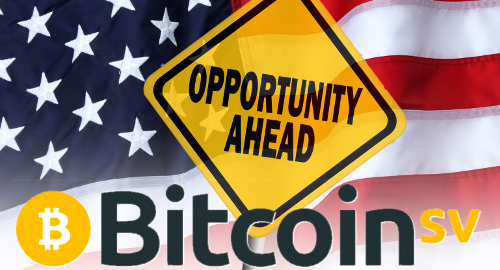 Cryptocurrency-friendly online gambling operators may be among the principal beneficiaries of the US Department of Justice’s new opinion on the scope of the Wire Act.

Analysts continue to debate the fallout from this week’s news that the DOJ’s Office of Legal Counsel (OLC) has revised its legal opinion of the 1961 Wire Act to include other forms of interstate gambling, not just sports betting.

Among those eager to clarify the US gambling market’s legal landscape is Alex Waldrop, CEO of the National Thoroughbred Racing Association, who reminded the Paulick Report that the Interstate Horseracing Act of 1978 specifically exempted race betting operators from the Wire Act’s provisions.

Waldrop emphasized that his group “will be working with allies on the [Capitol] Hill to assure banks and credit card processors that it is still legal to allow their credit cards to be used to fund [advance deposit wagering] accounts.”

Waldrop’s concerns aren’t exaggerated. The intrastate online casino, poker and lottery sites that launched operations following the OLC’s 2011 opinion on the Wire Act’s scope had to work hard to convince major banks and credit card firms that processing payments for these sites wouldn’t jeopardize their national interests. Even now, some major processors steer clear of such transactions rather than risk potentially annoying federal authorities.

The DOJ announced a 90-day delay in implementing its new Wire Act interpretation in order to give operators engaged in interstate gambling a chance to amend their wicked ways. This window will undoubtedly see the filing of a number of legal challenges, but the Trump-Adelson administration appears eager to defend its decision, so the legal uncertainty could persist for a significant period.

Given the traditionally interstate routing of most payment processing traffic, US-licensed intrastate online gambling operators would do well to add cryptocurrencies to their list of payment options. However, the feds have proven equally hostile towards cryptocurrencies horning in on their fiat turf, so this will likely prove a non-starter.

That just leaves internationally licensed online gambling operators, who remain the only viable online gambling option for individuals residing outside Delaware, Nevada and New Jersey. Gamblers looking for the most efficient means of funding their accounts should seek out sites offering services via Bitcoin BSV, which is not only a stable and dependable platform but has fees that compare quite favorably to that of processors such as Neteller.