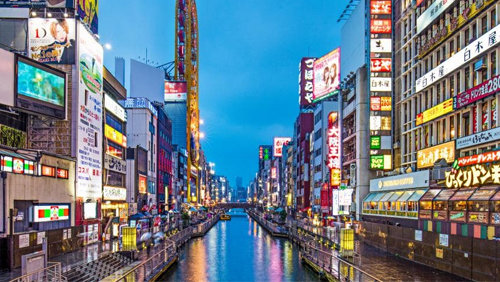 Casino operators interested in getting in on the integrated resort (IR) industry in Japan have been given a bit of news that will certainly start to make the negotiating wheels turn even faster. GGRAsia points out that Osaka is expected to begin making selections for its commercial IR partners this spring – just a few short months away.

MGM Resorts is already chomping at the bit to be selected. The company’s chairman, Jim Murren, was quoted by the Nikkei Asian Review as having said, “We will support Osaka in obtaining integrated resort certification.”

While Osaka is warming up to launch its attempt at an IR, Yokohama and its incumbent mayor, Fumiko Hayashi, is still hesitant on whether or not it wants a resort in its back yard. Hayashi is reportedly more interested in an upcoming City Council election, which will take place on April 29.

In order to be considered as a host for an IR, Japan’s Integrated Resorts Implementation Act stipulates that any local government wishing to be considered must file a formal resolution. In absence of such a resolution, the prefecture, city or town won’t be included in the final list of possible IR targets.

The resolution can only be submitted after the local government selects a business partner or partners. The proposal will be evaluated by the country’s national government, which will ultimately decide on three initial locations for the IRs.

Legislation allowing IRs in Japan was approved in an extended parliamentary session last summer. Even prior to the bill’s approval, casino operators from around the world had ramped up discussions with lawmakers across the country in order to gain favor for their potential entry into the space. Japan has yet to establish a firm date for the IR selection process to begin and each month the process is delayed is additional time needed to have the IR projects begin.

It is possible that the first IRs won’t be seen until 2025 or even 2027. Once the locations and casino partners are chosen, the designs for the resorts must be submitted, reviewed and approved. This will incur additional time and resources on the IR roll out and construction can’t begin until after approval is given. Given the magnitude and scope of the projects, several years will be needed to see the new IRs come to life and open their doors.