Home / Casino / Osaka ready to pull the trigger on IR bid, will soon choose a partner 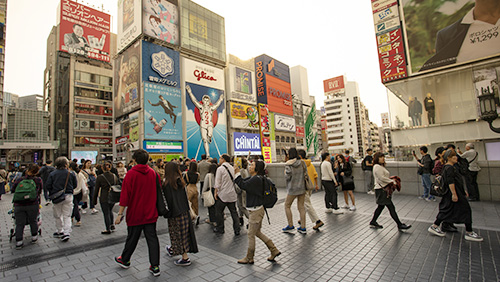 Although Japan has yet to come forward and announce which cities may be in the official running for an integrated resort (IR), Osaka isn’t willing to stand back with its arms crossed. Osaka governor Ichiro Matsui announced yesterday that officials will begin a selection process “early next year” to find potential partners in order to present a bid for an IR to the country’s regulators.

Osaka has always been seen as a favorite for one of the IRs. According to Kyodo, a Japanese media outlet, Matsui asserted, “We will shortlist candidates by starting to assess their plans and willingness to invest early next year.” The statements apparently followed a meeting between the governor, Las Vegas Sands president and CEO Robert Goldstein and Osaka mayor Hirofumi Yoshimura.

The three locations for the first three IR licenses will be selected through a process that includes presentations made to the central government by local officials. They will also include the possible gaming partner or partners selected by the local governments. Japan expects to launch the framework for the IR presentations by next July at the latest.

So far, a minimum of eight different casino operators want to get into bed with Osaka. Over a six-year period that ran from 2012 to 2018, casino executives from 11 companies met with governor Matsui at least 25 times, ostensibly in an effort to just make good faith visits. However, it doesn’t take much to understand the true reasons for the meetings.

Osaka is almost a guarantee for one of the three licenses. Yumeshima, an artificial island in the prefecture, is going to host World Expo 2025 and would be the perfect location to have an IR following its completion. Of those 11 companies that have met with Matsui, some will probably help foot the bill for the expenses involved in the expo. Matsui wants to build a metro line that connects the island to the city and is going to approach casino operators to find someone willing to invest $176 million to make the project a reality.

The fact that Matsui met with Goldstein might be an indication that they are already working on some type of deal, not just discussing preliminary aspects. Las Vegas Sands has a strong presence throughout Asia and has been at the top of the list of possible partners for the Osaka casino.