This is the year that Japan is expected to get the ball moving to launch its integrated resort (IR) industry. Casino operators from around the world have been busy since before the IR legislation was approved last summer, jockeying for position in hopes of winning one of the three initial bids to be awarded. To help its cause, MGM is getting ready to turn the key on the door to its new office in Japan, which is expected to open today. 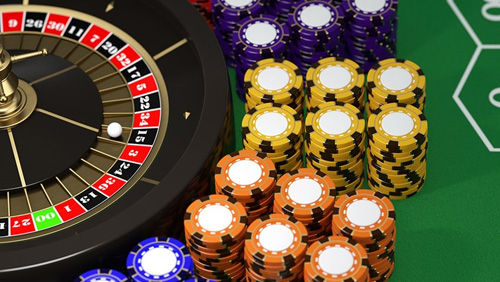 A launch party for the new MGM office will be held today at a hotel in Osaka. Several other operators, such as Melco Resorts & Entertainment and Genting, have also set up shop in Osaka over the past few months as a means to show that they are seriously committed to the IR landscape and are determined to be a part of Japan’s gambling future.

MGM’s chairman and CEO, Jim Murren, has been spending a lot of time in Japan in order to massage important relationships. He has his eyes set on an IR in Osaka and has met with its governor, Ichiro Matsui, as well as Osaka City Mayor Hirofumi Yoshimura. He sat down with both of them yesterday and reiterated his belief that Osaka is the best city to host an IR.

The Nikkei Asian Review quoted Murren as saying, “We are making progress in discussions with Japanese corporations to form a consortium.” He emphasized that MGM is ready to pull the trigger on preparations for an IR and reaffirmed his position that Osaka is the ideal location. He said, “We will support Osaka in obtaining IR certification.”

For his part, Matsui said that Osaka will begin accepting public offerings from operators this spring as the prefecture begins the selection process. He added that he personally “requested that Murren make a pro-active proposal,” which seems to indicate that he already has an idea of who will be chosen to operate the IR.

Murren attended Japan’s Tenjin Festival last July, donning traditional Japanese garb. He said at the time, “We want to get to understand Osaka better and I want them to understand MGM better. That’s why we’ve attended this festival. Osaka is the best.”