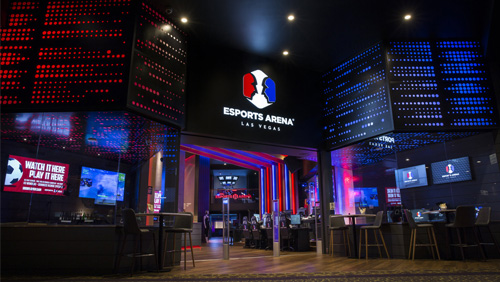 Two whispers from the World Poker Tour including the first tranche of final table dates for the HyperX Esports Arena Las Vegas, and the release of the WPT LA Poker Classic schedule.

It was May when the World Poker Tour (WPT) advised all and sundry of their plans to hold as many Main Event final tables at the HyperX Esports Arena Las Vegas as was humanly possible.

The news met a mixed reaction, with some hating it and others loving it, though I get the feeling that to a man or woman, everyone fortunate to end in such a spot will enjoy every single minute of it.

The HyperX Esport Arena is a custom built does what it says on the tin type of facility based in the Luxor Hotel, developed by Allied Esports the sister company of the WPT, both owned by Ourgame International Ltd.

The first-ever WPT event to take place at the HyperX Esports Arena was the Season XV Tournament of Champions where Matt Waxman beat Matas Cimbolas, heads-up, to take the $463,375 first prize and a bag of loot from a variety of different sponsors.

Speaking at the time, WPT CEO, Adam Pliska, said, “As soon as we saw this space, we knew this could really be a great opportunity. It allows us to give that sport experience. We are so proud that we will be able to use this facility in the future and do some innovative things coming up.”

Angelica Hael, VP of Global Tour Management concurred: “It makes total sense for the home of WPT final tables to be here. We firmly believe that by having our televised final tables in this facility, it will open a world of possibilities for the World Poker Tour.”

And now the first dates are out.

On March 12, the $10,000 WPT Gardens Poker Championship will reconvene after spending Jan 12 – 16 in California whittling the attendance down to a final table of six.

The following night the $3,500 WPT Borgata Winter Poker Open concludes, and on March 14 the shenanigans end with the final of the $10,000 WPT LA Poker Classic.

The schedule for the LA Poker Classic is out and as you can imagine it contains every form of poker known to man, women and beast.

Here are some of the highlights:

You can read the full schedule here, although the structure sheets are still under construction.

This year marks the 26th anniversary, and to celebrate, the Commerce is stumping up $50,000 for Player of the Series Leaderboard prizes.

There are four of them.