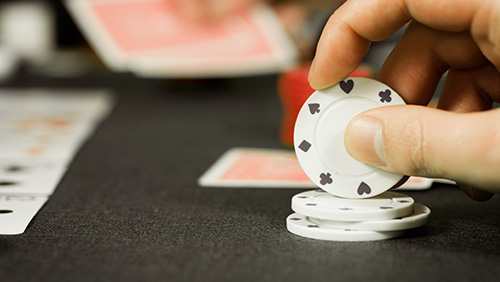 Three barrels cast from an American oak tree with a word from the father of the $100k bathroom bet’s Rich Alati and tournament wins for Joe Kuether and Andrew Rubinberg.

I once bet my ex-wife that I could beat the Germans to the sun loungers when on holiday in Tenerife. I got in at 4 am, drunk as a punk in a funk, and began my takeover of the pool loungers. A flip-flop each took up two of them, two towels captured another four, and my book – Sex and the Paranormal – a fifth.

When I woke up, someone had stolen the lot.

I loved that book.

I have no idea how I would feel if I was involved in a bet with $100k on the line. That’s a deposit on a house. It wouldn’t matter if the bet hung from the garden hose of some philanthropic super wager to save the world, I would find it difficult not to focus on the money.

Not according to his old man.

According to the online rag actionnetwork.com, Rich Alati’s father, Richard (why do parents name themselves after themselves?), believes his son’s decision to live in a darkened bathroom for 30-days without any human contact or anything to do except bathe, eat, shit, think and sleep has little to do with the $100k purse, and more to do with the challenge.

The bet began on Nov 21, making his final day in the room Dec 20 and by all accounts, it seems like Alati is on course to take $100k off Rory Young.

Richard Senior is the only person allowed to call the bet off. He has access to a 24/7 video feed of his son’s little cave, and told his interviewers that he would consult the family before making a decision should he think his son is going off his rocker.

“There is very particular equipment placed in the room,” the father said. “I can see in a grainy way what’s happening.”

The father said that he is ‘concerned’ about the bet, but is choosing to focus on the successful completion of the wager.

“I brought him up to be hard working, resilient and we don’t quit.”

Let’s hope that ‘don’t quit’ attitude doesn’t see him end up in a mental institute.

One man who’s not locked up in a darkened bathroom is Joe Kuether, and this week the $6.4m man was picking up his first title in three years.

Moving swiftly from Las Vegas to Minnesota and the Mid-States Poker Tour (MSPT) has just set a new record in the state for a $1k event after 977-entrants created a $977k prize pool in their game at Canterbury Park.

The hard-boiled egg amongst the table full of softies was Andrew Rubinberg who added MSPT title #2 to his resume after first beating 489-entrants to win the $120,808 first prize in Wisconsin back in 2016.

“This one confirms my game,” Rubinberg told the press after his win, “I’ve been down all year.”

Rubinberg is a regular on the MSPT. The Canterbury result was his 11th MSPT cash and his third final table. It’s the third live tournament win of his career and his first since 2016.