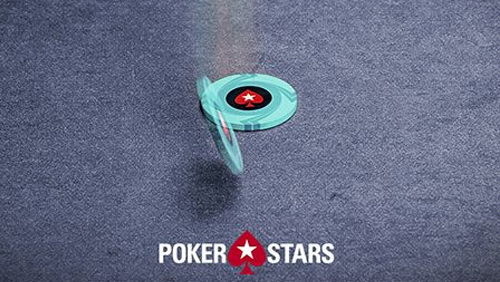 A drib-drab of PokerStars related stories including a new partnership with the Mid-States Poker Tour, a new home for PokerStars LIVE in Manila, and good news for fans of Lex Veldhuis.

I’m 95% of the way through Charles Bukowski’s You Get So Alone at Times That it Just Makes Sense. As is standard in the final throes of Bukowski’s poetry collection, he is talking about dying, cats and more dying.

During my recent trip to the Malta Poker Festival, a common theme ran through my interviews like a child running butt-naked through the front room after defecating on the carpet.

But it doesn’t have to be that way.

I know you’re not in the schoolyard anymore. You don’t have a packed lunch to use as leverage. But you do have live poker tournaments, and that’s as close an adult is going to get to a schoolyard.

Here are a few for you.

PokerStars is partnering with the Mid-States Poker Tour (MSPT). One lucky blighter will win a $30,000 Platinum Pass during the $1,100, $500,000 Guaranteed MSPT Season Finale in Canterbury Park, Shakopee, Minnesota.

You don’t even have to win the thing.

Just turn up between December 6 and 9 and register for the MSPT Season Finale Platinum Pass Giveaway to receive a free ticket for a raffle that will determine eight finalists that will compete in a Heads-Up Flip-Out tournament. The winner of this knockout competition will be heading to the Bahamas for the most significant $25,000 buy-in event ever held: The PokerStars Player’s No-Limit Hold’em Championship (PSPC) with the winner due to walk away with countless millions in prize money.

I’m not sure if the Mid-West would win any beauty contests but the Sochi Resort and Casino would.

The schedule isn’t out yet, but we do know PokerStars promise a RUB 150,000,000 ($2.3m) Guarantee on the Main Event. Last season, Arsenii Karmatckii beat 861-entrants to win the $478,451 first prize, and I believe the PokerStars marketing machine is more than capable of battering that number.

The battering begins with all new players registering a Stars Account between Nov 12 and March 17 receiving free tickets to compete in Spin & Go games promising $4,400 packages to the Sochi event.

PokerStars Has a New Manila Home

PokerStars LIVE has found a new home in Manila.

The last Manila Megastack took place in May where Singapore’s  Ignatius Ee Joo Meng conquered a field of 696-entrants to win the $74,403 first prize. Back then, The City of Dreams was PokerStars home.

Okada Manila is the official new home of PokerStars LIVE Manila. Okada Manila is the largest integrated resort in Manila, boasting a plan to transform a 500-room complex into one nearer a thousand. The gaming floor has 500 table games to choose from, and the new poker room will be in the Coral Wing, with eight cash game tables covering a broad range of varieties and buy-ins.

Lex Veldhuis Returns to Twitch; Plans to Get Hitched

You will be aware that Veldhuis collapsed during a visit to Reno for the Run It Up event. Checkups revealed a heart irregularity forcing Veldhuis to go offline for the first time since he began his highly successful Twitch stream.

Well, he’s back, fit, and healthy.

Incident almost 100% stress/fatigue related but I didn’t do anything for 2 weeks and I feel readdddyy for the grizzy.

Locking it in for real now: Tuesday 13th Nov 9 AM CEST. STRIM BACK pic.twitter.com/JQ8l4qifR0

So, the problem was fatigue and stress.

How do you reduce your stress?

Well, you get married, of course.

Picture of me and my fiancée on her birthday. Daaamn that sounds niice. pic.twitter.com/nxKx62TWz0