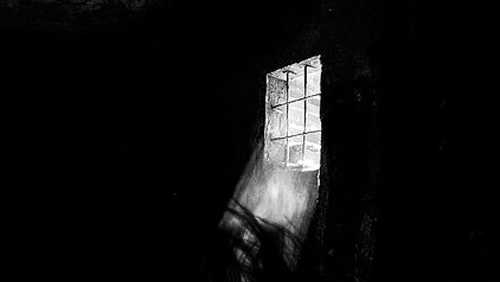 He lasted 20 days, but the pressure got to be too much. Rich Alati has called it quits on the prop bet that would have given him $100,000 for living inside a dark bathroom for 30 days. Instead, he’ll have to settle for just $62,400.

Alati and Rory Young had concocted the isolation scheme after a Young “what-if” moment one day when the two were waiting for a poker table in Vegas. Young had asked if it would be possible for someone to live in a dark, confined space for 30 days and the rest, as we know, is now history.

Alati pulled out Monday night after he and Young began making arrangements during a scheduled food delivery. It apparently wasn’t Alati’s decision to end the bet. Darren Rovell of The Action Network points out that Young negotiated a deal to help Alati see the light (again). In addition to earning the $62K, Alati will also have all expenses paid by Young. When all the money is counted and debts settled, Young will more than likely only be out about $42,000.

The prop bet was probably doomed to fail from the start. Previous studies that date back to at least 1951 have shown that solitary confinement was virtually impossible to maintain for long periods of time. In general, anything more than a week is unheard of.

The deal garnered attention worldwide and was called many things – “crazy,” “quirky” and “interesting” are among the safest responses that can be printed. However, it also led to serious discussions on the risks involved. Dr. Stuart Grassian, who has studied solitary confinement and has testified before the U.S. Supreme Court on the matter, told USPoker, “The risk is a little different because he has the opportunity to get out. He could start hallucinating. He could start feeling paranoid. There’s even a risk of suicide. You’d have to hope that if he got mentally sick in there he would recognize it and get out rather than continuing to plunge deeper into mental illness.” At the very least, “I think it is a stupid and crazy thing to do,” says Grassian.

It appears, so far, that Alati has emerged unscathed. However, this prop bet could simply lead to another, more daring challenge that may not have the same positive outcome.

What will happen on Donald Trump’s 100th day in office? A betting guide
Jasmine Solana
26 April 2017
.