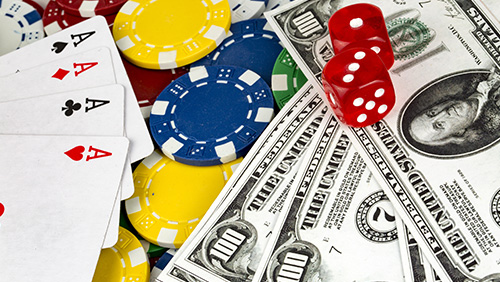 Last year, David Peters won the Seminole Hard Rock Rock ‘N’ Roll Poker Open $5,000 NLHE tournament, picking up $104,309 in the process. In a feat not seen very often in the poker world, Peters took down the same event this year, giving him back-to-back titles at the same event. This year was a little sweeter, though, with Peters earning $143,159 for his performance.

Perhaps as a good luck charm, Peters won the same outfit he wore last year, a grey and black pullover. He outplayed a field of 95 entries to take the title and said afterward, “It’s kind of crazy. It was a fun tournament. I’m wearing the same sweatshirt and everything. Things went pretty well at the final table early on. Then I lost a bunch of chips and I battled back and it worked out.”

Peters now has seven titles and 24 final tables on the year. He currently sits in fourth place on the Card Player Player of the Year (CPPOY) leaderboard with 7,629 points. The $10-million-plus live action winner already has one CPPOY title, which he received in 2016. Last year, he finished in sixth and could be in the same position, or better, before the end of this year’s POY race.

The $250,000 guarantee at the event was easily blown away by the turnout. When registration closed, the prize pool had increased to $451,250 and Peters would find himself among several tough competitors, including WSOP bracelet winners Joey Weissman and William Givens. Givens would ultimately bow out in eighth place with $15,794 and Weissman made it to fourth before being sent to the rail with $34,972. Jeff Gross, a member of Team PokerStars, exited in seventh with $18,050 and 2018 Venetian DeepStack Extravaganza Main Event winner Stanley Lee would follow in sixth, taking home $21,434.

After the table was reduced to just two, Peters had to face off against Guillaume Diaz, who has two EPT wins to his credit. Diaz started the heads-up battle as the chip leader, but lost his edge by the time the final hand was played. The last hand saw Peters move all in from the button holding Q-10 off-suit, which was called by Diaz and his A-6 off-suit. The board gave Peters a pair of Queens for the win, relegating Diaz to second place and $85,738.