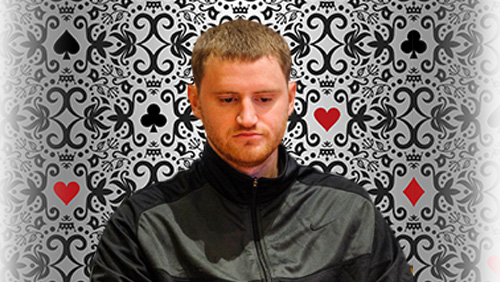 
I’m not the man who ends up elbow deep in algorithms searching for the missing link in poker’s Player of the Year (POY) races, and I guess that’s why I was surprised to learn that David Peters had won the Global Poker Index (GPI) 2016 POY title.

Look, I am a huge David Peters fan. And during any other year Peters performances would rank as obscenely top notch. But he performed out of his skin during a 12-month period where Fedor Holz played like he owned the soul of the game.

The young German got the job done on six occasions. He locked down four seven-figure scores and earned $16.4m. PokerNews believed Holz’s year was so special they ranked it as the #2 Poker Moment of the Year, and yet the record books will show that it wasn’t good enough to win the GPI POY title.

I guess that’s what you get for going into semi-retirement when there are still flames flying out of your ass.

Peters, on the other hand, got the job done on five occasions; earned a single seven-figure score, and over $7.5m in live tournament earnings. I guess what gave Peters the final hat tip was his sheer consistency finishing in the Top 3 spots 16 times compared to 8 for Holz.

One man who does know a thing or two about algorithms is the GPI’s Eric Danis. I reached out to him for his view on the Peters v Holz debate, and this is what he had to say:

“To be fair, Fedor did decide not to play much during the second half of the season … this proves that poker is a 12-month a year sport and although I’m surprised that Fedor was overtaken in the end, I do feel that Peters’ victory is well deserved … a WSOP bracelet, a big win in Macau and an amazing run in the final major of the season in Prague to end 2016 with a bang! All that being said, what an incredible run for Fedor, who still holds onto the #1 rank in the GPI World Poker Rankings … for now!”

And it wasn’t only the GPI that gave Peters the hat tip. CardPlayer magazine also thought Peters was more deserving of their POY award after he became the first player to make more than 20 POY-qualified final tables in a single year (22) in over a decade.

In a strange twist of fate, both Peters and Holz incredible starts to the year came in the World Poker Tour (WPT) $200,000 buy-in Triton Super High Roller Series. Holz beating Peters in heads-up action to take the first prize of $3.4m – Peters picked up $2.3m – once again showing how important it is to get momentum in these early events.