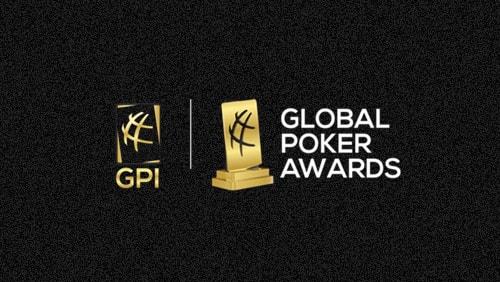 After a hugely popular 2019 show, the Global Poker Awards is back on Poker Central in early 2020, with expanded categories handing out yet more gongs to the great and good of poker.

Last year’s 2019 show as not without controversy, as the Best Podcast section for one created a little hoo-har when Daniel Negreanu allegedly reacted negatively to the announcement that The Chip Race had deservedly converted their loyal, ever-growing fanbase into industry recognition. In other categories, there was more widespread acceptance that the best pick won, with industry stalwarts such as Andrew Neeme, Angelica Hael and Doyle Brunson all winning awards.

What can we expect from the 2020 Global Poker Awards? As is often the way in poker, the industry always wants to be bigger and better, so there are extra sections to be argued about by poker fans/politely discussed by respected poker peers (delete as appropriate for your own Twitter feed).

The 2020 Global Poker Awards will take place on Friday, March 6th next year, and as last year, will be filmed at the PokerGO Studio at ARIA Resort & Casino. There are over 20 awards last year, and while the nominations have been kept under wraps for now, there has been a new Player’s Choice Award announced. The award will be for Best All-Round Poker Player, which, we think might be hard to pin down. Tournament or cash game? Make-up, sold action or straight buy-in? Live or online? It’s a very hard thing to quantify in poker, success, but we wish everyone luck in picking a winner there.

You’ll have to subscribe to PokerGO if you want to watch the glitzy ceremony, which last year handed out 21 Global Poker Awards. With categories such as Event of the Year, Industry Person of the Year, and the People’s Choice Award for Poker Personality of the Year all returning, competition will be strong.

Last year’s winners gave us something for everyone, including no less than four female winners of the 21 gongs that were handed out.

The Global Poker Index are clearly very proud of the expansion and have stated as such to Poker Central in a statement from GPI President, Eric Danis.

Sam Simmons, Poker Central’s own President, was just as excited about next year’s awards ceremony taking place in Las Vegas once again.

“The first annual Global Poker Awards were a tremendous success and an important moment for us as an industry to recognize our best and brightest. The second annual event is an important opportunity for Poker Central to once again partner with the Global Poker Index and to stream our community’s biggest night on PokerGO for the fans at home.”

This year’s nominees will have a nervy wait to see if their hard work has been recognised by their peers, as the ‘updated’ voting process this year includes a panel of industry experts but also reaches out to fans in several categories.

With those cut-off dates and fan vote awards yet to be announced, there’s never been a better time for anyone who might be up for a nomination to engage with players and fans on social media or in industry content such as this in a desperate bid for votes. Not that you’ll find such transparent attempts to ingratiate ourselves to you from us. Our poker personality is simply too strong for that.