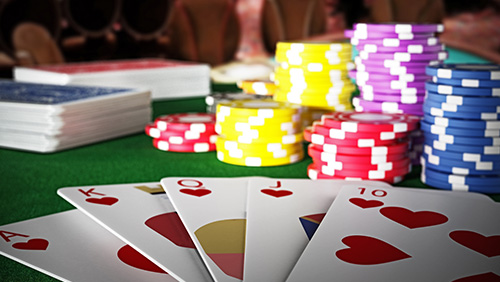 Three tales of joy from the world of live tournament poker including a victory in the 2018 Borgata Fall Poker Open Championship for Wenhao Ying, a win in the Seminole Rock ’N’ Roll Poker Open for Trung Pham, and a gold ring for Elilton Gouveia at the World Series of Poker Circuit in Cherokee.

There’s no time to do the Funky Chicken.

Let’s get down to it.

Wenhao Ying conquered a field of 437-entrants to win the $200,000 first prize in the $2,700 Borgata Fall Poker Open Championship Event at the Borgata Hotel Casino & Spa, in Atlantic City.

The 24-year-old took out a talented final table.

Matthew Wantman won a 91-entrant $2,650 Pot-Limit Omaha event as part of the 2018 Seminole Hard Rock Poker Open back in August, Chris Kennedy won the 371-entrant Big Stax XXVI in the Parx Casino in Bensalem for $124,211 in the summer, and then you had the three-time World Series of Poker (WSOP) bracelet winner, Paul Volpe, and the World Poker Tour (WPT) Champions Club Member, Brian Altman.

In the end, Ying, who was one of the most inexperienced players at the final table, carved out a three-way deal with Volpe and Wantman, that saw him bank $200,000, more than doubling his combined live in the money (ITM) scores.

Three other stars of the game who went deeper than a nerd in a crossword puzzle were Daniel Buzgon (18th), Asher Conniff (21st), and Ari Engel (40th).

Trung Pham has vanquished a massive field in the $360 No-Limit Hold’em Deep Stack Opening  Event at The Seminole Rock ‘N’ Roll Poker Open. The event bust the lip of a $1m Guarantee by $300k+, and Pham banked $123,364 of that purse.

4,558-entrants turned up, once again showing that poker is alive and well in this neck of the woods, at this price point.

Pham’s victory was the fourth of his career, including two gold rings, and his previous best score was $114,284 for finishing 4/1249 in the WSOPC Choctaw Main Event at the turn of the year.

Finally, Elilton Gouveia has taken down the $400 No-Limit Hold’em Re-Entry Kickoff event at the WSOPC in Harrah’s Cherokee.

The event pulled in 2,273 entrants, and Gouveia, who played as a personal birthday present, earned $104,807 after beating Irene Carey, heads-up, for the gold. His previous best score was $21,174 for finishing 12/957 in this same competition Dec 2017. It was only his second tournament win; his first came in an $85 event at Caesars Palace where he beat 31-entrants to bank the $707 first prize.