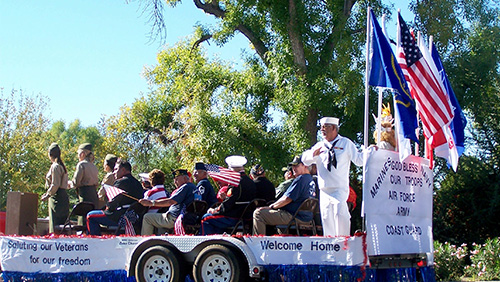 The Borgata Casino in Atlantic City, New Jersey is honoring disabled U.S. military veterans. The casino is currently holding the Borgata Fall Poker Open (FPO) and will host a special event this Sunday to raise money for a local chapter of the Disabled American Veterans (DAV) organization.

The Veterans Day Deeper Stack will get underway at 12 PM Eastern Time on November 11, which is Veterans Day in the U.S. It will be a $240 buy-in event with a guarantee of $25,000 and $10 from each entry will be donated to DAV Atlantic City Chapter 10. Among the players already confirmed for the event is Dennis Phillips, a long-time veteran supporter and poker pro who has racked up over $6 million in live-action poker since 2007, according to Hendon Mob.

The fundraiser for veterans is just one of many events taking place as part of the Fall Poker Open. The series was inaugurated by a $600 NLHE DeepStack event that offered a $500,000 guarantee and there will also be a Borgata $450 Pot-Limit Omaha (PLO) Almighty Stack event, which has at least $300,000 up for grabs.

The inaugural event has five starting flights running through yesterday and the final day of action will take place tomorrow. The Big Blind Ante-format game has attracted 512 entries and the field is quickly winding down. The massive PLO tournament is set to get underway on November 14 and will run through November 17.

The FPO Championship will certainly attract a crowd. It has a buy-in of $2,700, but the guaranteed prize pool of $1 million will be an enticement for a large number of players. It is set to kick off its first of two starting flights on Saturday, November 17 and will wrap up on November 21.

In addition to these events, there are also a number of other events in the lineup. A $400 buy-in DeepStack NLHE tournament will be held this Saturday and offers a guarantee of $100,000, and there are also seniors and survivor NLHE events, as well as a “Double Black Chip Bounty Semi Turbo” tournament. The series will wrap up on November 21 with the $230 Deepest Stack NLHE tournament with a guarantee of $35,000.