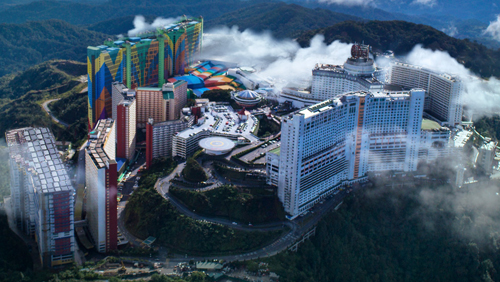 Genting Malaysia Berhad is seeking $1 billion from the Walt Disney Company and Twenty-First Century Fox Inc., for the termination of a contract for the construction of a ‘Fox World’ theme park.

In its filing at the Malaysian Stock Exchange, the casino operator said that Fox had claimed $46.2 million in accelerated payments when issuing notice of the termination of their memorandum of agreement (MOA).

“[Genting Malaysia] denies that FOX had grounds to terminate the MOA, denies any liability resulting therefrom, and has pursued cause of action against FOX for breach of contract, and breach of the implied covenant of good faith and fair dealing, among others,” the company said.

Disney was also implicated “for inducing breach of contract and for interference with contract,” according to Genting Malaysia.

Reuters reported that in Genting Malaysia’s complaint filed with the U.S. District Court in Los Angeles, it had claimed Fox had experienced “seller’s remorse” and thus proceeded to terminate its 2013 contract that had given the Malaysian firm license to use Fox intellectual property for the theme park, intended as an addition to the Resorts World Genting complex outside of Kuala Lumpur.

According to Genting Malaysia, Fox had been delaying the project for years, in the hopes of altering the terms of the agreement. And with Disney set to complete its purchase of Fox early next year, the entertainment giant was said to push for the contract’s cancelation, as the casino operator did not fit the supposedly wholesome image of Disney.

With Genting Malaysia having already invested over $750 million in Fox World, and “[g]iven that FEG [Fox Entertainment Group] had no right to terminate the Agreement, Fox and Disney are liable for what will exceed a billion dollars in damages attributable to the bad-faith behavior of both Fox and Disney,” it said.

Reuters stated that Disney had not provided comment on the matter, and that a representative for Fox had declined to comment.

Genting Malaysia said in its disclosure that the litigation wasn’t expected to impact current business operations. The company has seen its stock price plummet about 20% from earlier this month, when it was announced that it would be subject to an increase in taxes and annual fee starting in 2019.