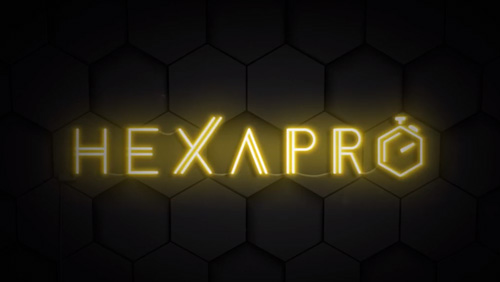 Jackpot Sit n Go’s, the perfect game to play while emptying the contents of a blueberry bush from your man bush, are coming to Unibet Poker. The date is December 3, and like a man who eventually switches from salad cream to mayonnaise, I have no idea what took them so long.

And then partypoker came out with a version but couldn’t be arsed giving it a name.

I don’t have much more to tell you other than that. The format is the same as the bog standard Jackpot Sit n Go’s with Unibet choosing to avoid adding pieces of lego to a backbone of a game that even my Grannie knows how to play, and she’s dead.

The games follow a Speedy Gonzalez style hyper-turbo blind structure, have space for three people, and buy-ins range between €1 and €100. The prizes are random, and the maximum you can win is 1,000x your buy-in, and if that happens, you can get one of those shiny looking, top of the range eyebrow pluckers.

It helps with the staredown.

Until then, the Unibet team is currently in Dublin sinking enough Guinness to sink a battleship.

The €1,100 Main Event carried a €250,000 Guarantee, and a 359-entrant field ensured the only reason the organisers had red cheeks was that it’s bloody cold outside.

At the time of writing the competition had reached the final table, and I will bring you the result after I wake up.

A well-known poker pro who went deep in the Main Event was Benny Glaser. The man who owns three World Series of Poker (WSOP) bracelets finished 25th but will leave Ireland with a trophy after taking down the €2,200 High Roller.

The event saw 27-entrants stop kissing dogs and cats long enough to take a pew in the Big Daddy event, and Glaser defeated Valentin Cristea, heads-up, for the title.

Glaser has now won more than $1.5m in live tournament earnings. It’s his second win of 2018 after taking down a 69-entrant field in a €220 No-Limit Omaha Hi/Lo side event at the PokerStars European Poker Tour (EPT) Monte Carlo for €3,020.

All told, Glaser has finished on top of 13 different tournaments throughout his career.

Previous Unibet Open winners throughout 2018 include:

The next event after Dublin will be their first-ever winter sports festival in Sinaia, Romania, Feb 12-18.