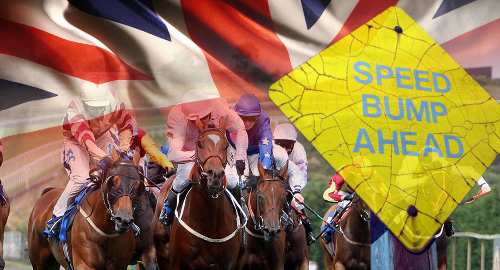 The British Horseracing Authority (BHA) is warning race bettors of a group of scammers posing as the BHA’s private investigators.

This week, the BHA warned that some individuals were posing as private investigators in a probe of betting-related fraud. The bogus investigators, who reportedly brandish fake BHA identification, told racing fans they’d been the victims of fraud and were subject to a significant payout, but required the ‘victims’ to make a smaller payout up front before the larger sum could be disbursed.

The Racing Post quoted BHA integrity chief Chris Watts saying the BHA “does not use private investigators” and anyone contacted by someone claiming to be a BHA investigator should contact the BHA immediately.

Ironically, the news came the same week that the BHA launched its second annual Integrity Survey, which aims to “measure any change in perception and confidence levels relating to the BHA and how it keeps racing fair and clean.”

The survey, which will be sent to 10k individuals — stakeholders, participants, racegoers, racecourses and the media – will not only seek to ascertain confidence levels but to identify “where the main integrity threats are perceived to exist.”

LEVY BOARD REPLACEMENT SLAMMED IN PARLIAMENT
In other UK racing news, the second stage of the government’s reform of the betting Levy system caused a ruckus in parliament this week as MPs challenged plans for a multi-agency system for collecting and distributing the 10% cut of bookmakers’ race betting revenue.

The government had proposed splitting the collection and distribution duties between the UK Gambling Commission and a newly created Racing Authority (which would take the place of the old Horserace Betting Levy Board). But parliamentary critics challenged the transparency of this system, including how the funds collected would be spent.

Lord Lipsey questioned whether the new Racing Authority would be largely comprised of BHA representatives and would therefore allocate most of the Levy funds toward prize money, which he claimed amounted to “picking punters’ pockets to feed rich owners and trainers.”

The Racing Authority isn’t scheduled to have any representatives from the betting industry, something Lipsey wants to change. Lipsey recalled how the bookies on the old Levy Board were “an extremely strong influence in enabling me to get more money spent on [animal] welfare and less on prize money.”

Tory MP Mims Davies, who replaced Tracey Crouch this month as Minister for Sport and Civil Society, claimed there were “safeguards” in the Levy legislation to ensure the Racing Authority’s actions are “open and transparent.”

This claim was challenged by Labour MP Kevan Jones, who said the Racing Authority’s actions weren’t subject to freedom of information requests and thus represented “a step backwards.” Jones said his primary goal was protecting the punters in his constituency and told Davies that he did not “see anything you have said today that helps having the robust role of protecting them.”

Government MPs were also grilled on why the projected savings of the Levy oversight change weren’t guaranteed in the legislation, and why the government had chosen to use secondary rather than primary legislation, which would have been subject to debate by the full house of parliament instead of just the relevant parliamentary committees.