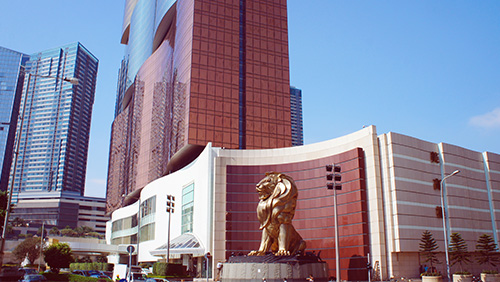 The gambling scene in Macau may be receding somewhat currently. This recession might continue into next year, but MGM China will more than likely not be impacted. In fact, the Macau-based casino operator could actually increase its share of the gambling market, according to analysts of Japan’s Nomura brokerage firm.

According to three analysts from the company – Harry Curtis, Brian Dobson and Daniel Adam, “Investors should expect MGM Cotai’s ramp to be gradual through 2020.” The company already operates two casinos in the city, the MGM Macau on the peninsula and MGM Cotai, which just opened this past February.

The analysts added, “However, two new junkets opening in the next few weeks and the expected opening of the Mansion [villas] by Chinese New Year (February 5, 2019) should help MGM Resorts International be a share gainer in a declining Macau market next year.” They made their comments after meeting with Aaron Fischer, the chief strategy officer of MGM Resorts, this past Sunday.

MGM Cotai was responsible for around $172 million of the net revenues taken in by MGM China during the third quarter of 2018. All gaming segments of the company reported sequential volume growth, but at lower hold rates.

In October, MGM China announced that it would be launching a President’s Club at the MGM Cotai in December. The club is designed to be an exclusive premium mass gaming area. Following the launch of the club, as reported by MGM China CEO Grant Bowie, the company will have high-end villas ready to go at MGM Cotai prior to the upcoming Chinese New Year.

Nomura has previously said that gross gaming revenue in Macau could decline as much as 3% next year, driven by a drop of 10% in VIP revenue. That drop would be offset by a 4% increase in mass revenue and a 3% increase in slot revenue, according to company analysts.

The analysts took the opportunity to touch on the possibility of MGM receiving a casino license in Japan. They said, “Given MGM Resorts’ willingness to partner and its successful track record partnering with third parties such as Pansy Ho [Chiu King] in Macau and Dubai World at CityCenter, we believe MGM Resorts is one of the best-positioned, if not the best-positioned global gaming operator” for acquiring a license.