Macau’s gambling industry is in for a bumpy ride as structural headwinds in the second half of 2018 will blow the VIP gaming sector off course, according to analysts. 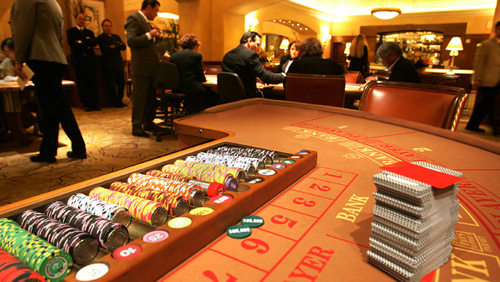 International brokerage Sanford Bernstein sounded the alarm over a possible “deceleration” of Macau’s VIP gaming sector in the second half of the year due to a number of political and economic factors in mainland China, reported the Macau News Agency.

These factors include instituted cooling measures on Chinese real estate; credit tightening in China; increasing [focus on] regulatory environment in Macau; and continued Chinese government focus on capital outflows in China, among others, according to the report.

Bernstein estimated that the VIP sector growth could slow to 8 percent in 2018.

Analysts Vitaly Umansky, Zhen Gong and Cathy Huang suggested that VIP gambling strength will continue during the first two months or even the first half of 2018.

Mass market will remain to be a bright spot for Macau, according to Bernstein. Analysts also expect the sector to rise 11 percent annually, with total gaming revenues seeing a 10 percent hike.

“While growth will decelerate from 2017, 2018 will still show respectable growth (driven more by mass) and long term secular growth drivers are still in place,” the analysts said, according to the news outlet.

Players may be preserving cash ahead of the Chinese New Year as a result of the tight China liquidity condition.

“Assuming a GGR average daily rate of MOP690 million to MOP710 million for the remaining days of the month, we estimate January GGR in a range of MOP21.9 billion and MOP22.3 billion, an estimated year-on-year increase of +14 percent to +16 percent, which is in line with our previous estimates,” the analysts said.