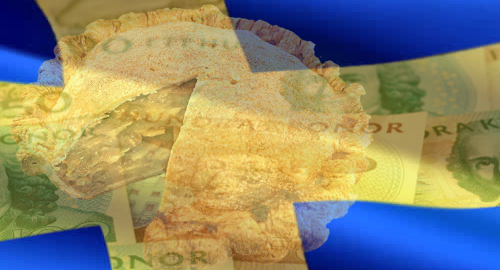 The 2.4% fall is twice the rate of decline that Swedish operators reported in Q1, bolstering the findings of recent surveys that indicated the state-run monopolies were getting their clocks cleaned in the battle for signing up new customers.

State-run betting operator Svenska Spel reported sales falling 1.6% to SEK6.4b. The decline was entirely due to its land-based business, which fell 9.4% to SEK4.45b while digital operations jumped 22.5% to SEK1.94b.

Sweden’s domestic lottery operators were all in negative growth mode, with the Postcode Lottery falling 5.1% to SEK 1.61b, People Games down 1.3% to SEK345m while other smaller lotteries were off by double-digit percentages. Interestingly, People Games was the only one of Sweden’s major lotteries to report an online sales increase, and even its digital offering represents only 10% of sales.

Sweden’s new liberalized online market is scheduled to commence on January 1, 2019 and both Svenska Spel and ATG have been furiously signing deals with online gambling technology suppliers to ensure their offering can compete when the hordes of international online operators finally gain legitimate access to the local market.

Sweden’s government has yet to conclusively determine what role it will play in Svenska Spel and ATG’s operations in future. The government plans to issue a report in October 2020 detailing what effect the market’s liberalization has had on its state-run cash cows, and whether the state will have to find other ways of funding local sports and racing groups.